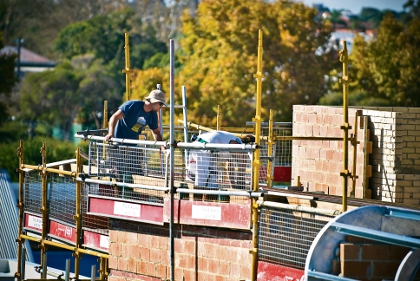 New home sales bounced back in April after a disappointing March in Western Australia, but the Housing Industry Association has repeated calls for the state government to ensure policy is encouraging continued growth in the sector.

The HIA-JELD-WEN monthly new home sales report showed a 9.8 per cent increase in April in WA, seasonally adjusted, following what appeared to be an unsettling 12 per cent fall in March.

For the three months to April, however, WA sales were up 11.3 per cent, to be 7.9 per cent up on the same period last year.

“It is encouraging to see new home sales volumes heading in the right direction in Western Australia, however this growth certainly needs to be maintained if WA is to appropriately manage its boom,” HIA chief economist Harley Dale said.

“New home building over 2005-2006 fell well short of the needs of WA's accelerating population, so the state endured the fallout of rocketing and high house and rental prices.

“The state government should be ensuring that a broad range of policy settings, including stamp duty, are set to enable and encourage continued growth in supply.

“Currently that simply isn't the case.”

The HIA survey showed national detached house sales rose by 6.4 per cent in April while multi-unit sales were up 10.3 per cent.

Dr Dale said the national housing sector was so weak, the industry could have its own recession this year.

"We keep hearing that Australia is one of the world's strongest economies in aggregate. That's a redundant concept if people on the ground aren't feeling and experiencing that, and they haven't been for quite some time," Dr Dale said.

The Reserve Bank of Australia (RBA) reduced the official interest rate by 0.5 per cent in May after two consecutive cuts, each of 0.25 per cent, in November in December.

The RBA is widely expected to keep the cash rate at 3.75 per cent at its board meeting on June 5.

"Further interest rate cuts are required and the Reserve Bank should just get on with the job on June 5," Dr Dale said.

"However, rate cuts are not a panacea and the key to a housing recovery lies with governments at all levels."