Treasurer Ben Wyatt has announced details of a new gold royalty increase that is budgeted to raise $332 million over four years while seeking to address the industry concerns that killed off his previous proposal, but the new plan has failed to win support. 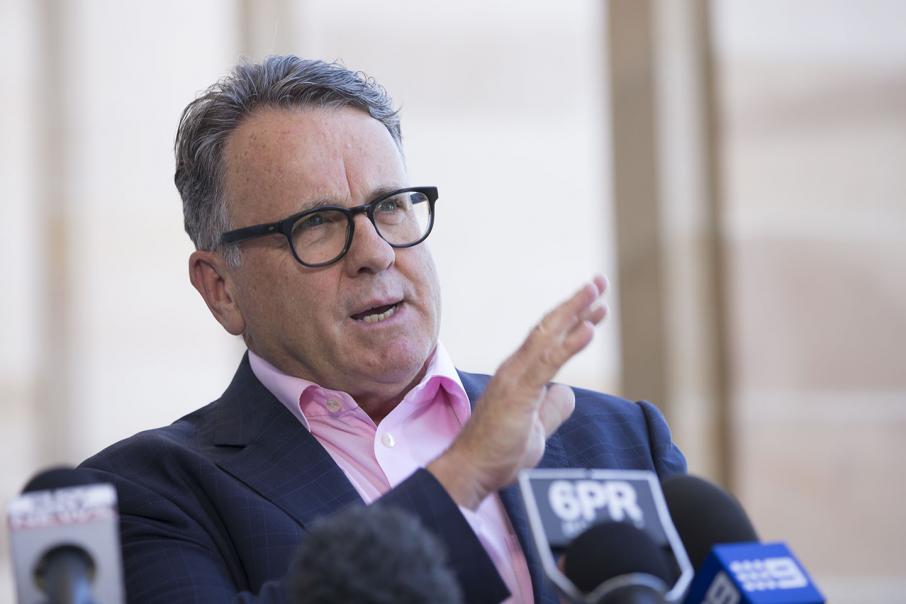 CME chief executive Reg Howard-Smith says there has to be a better solution to the government’s debt problem.

Treasurer Ben Wyatt has announced details of a new gold royalty increase that is budgeted to raise $332 million over four years while seeking to address the industry concerns that killed off his previous proposal, but the new plan has failed to win support.

The new plan has been crafted to protect the interests of small miners and high-cost operators, which said they could be forced to shut down if the previous proposal had been implemented.

Despite that, mining industry groups and Liberal leader Mike Nahan have rejected the updated plan.

The new gold royalty has the same core elements as the plan announced in the September budget, and is scheduled to come into effect from January 1 2018, with the rate increasing from 2.5 per cent to 3.75 per cent.

However, it will only apply when the gold price is above $1,400 per ounce, instead of the previously planned $1,200/oz.

That compares with a current price of just above $1,700/oz.

A second crucial change will enable marginal miners, with all-in sustaining costs above 85 per cent of the gold price, to be refunded the increased royalty rate paid.

Mr Wyatt said the assistance would be in place for a minimum of two years.

A third change has been made after the government accepted industry feedback that medium-sized producers, with production between 2,500oz and 10,000oz, would have been unduly affected by the changes.

Therefore, the 2,500oz royalty-free threshold will be reinstated.

Small producers and prospectors that produce less than 2,500oz per annum will not be affected by these changes and will continue to be exempt from paying royalties.

Mr Wyatt said the government had looked at alternative revenue measures, and formed the view this new gold measure was the fairest way to help fix the budget.

“I understand that the gold industry is opposed to any increase in their royalty rate,” he said.

“However, we have listened to their concerns, and have addressed them in a reasonable way, while also ensuring that the industry is contributing towards budget repair.”

Mr Wyatt called on the opposition and the crossbench to support the proposal, after they blocked the previous plan, which was scheduled to raise $392 million over four years.

Mines and Petroleum Minister Bill Johnston said the proposed assistance program would ensure no jobs were lost through the implementation of the royalty increase.

The Chamber of Minerals and Energy of Western Australia and the Association of Mining and Exploration Companies said they would strongly oppose the proposed change, adding the so-called new proposal was no more than a re-packaged version of the original.

“This massive increase still puts at risk, new and existing projects, jobs in the gold mining industry, and supporting services such as exploration and drilling,” AMEC CEO Warren Pearce said.

“And it does absolutely nothing to address the fact that approximately 60 per cent of the revenue collected will be sent to the eastern states, via GST distribution.”

CME chief executive Reg Howard-Smith said there had to be a better solution to the government’s debt problem.

“We acknowledge the financial position the state government faces, and agree that everyone needs to share the burden,” he said.

“However, a gold royalty increase is not the answer as it would just threaten jobs, affect local communities, and impact the growth of WA’s economy – all counterproductive measures when you are trying to repair the state’s finances.”

“In opposition, Mark McGowan and Labor said they would not increase taxes nor introduce new taxes,” Dr Nahan said.

“It was an unequivocal commitment and it was made following the publishing of the Pre-election Financial Projections Statement, so to say they were well aware of the state of the books.

“This decision by the McGowan government is not about budget repair but is to pay for Labor’s uncosted, unfunded and unaffordable election commitments.

“Premier McGowan is asking the parliament to allow him to break one promise in order to fund other promises.

“Labor should not have overcommitted at the election.

The opposition previously opposed the increase in the gold royalty because it would cost jobs and much of the revenue would leak to the eastern states through the GST distribution.

“No amount of window dressing will justify the increase in the gold royalty,” Dr Nahan said.

“The opposition will not support Labor’s increase in the gold royalty.”

Gold producer Newcrest Mining, which had previously flagged doubts about the future of its giant Telfer mine in the Pilbara, said it was disappointed at the government’s attempt to lift the gold toyalty.

"Western Australia needs jobs, growth and investment," the company said."Tax increases on the gold industry do nothing to support a strong future for the state."