The cities may be on the opposite sides of the globe, but it seems like Perth and Houston are a lot closer these days. 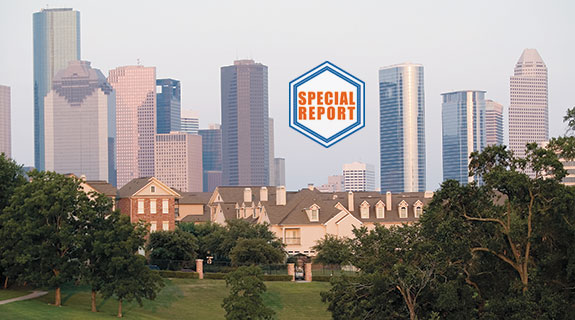 IN REACH: Houston and other cities in the southern US have become much more accessible to WA travellers. Photo: Ed Schipul

The cities may be on the opposite sides of the globe, but it seems like Perth and Houston are a lot closer these days.

Air New Zealand began operating one-stop flights between the sister cities last month, with flights from Perth to Auckland specifically timed to connect with the airline’s flights from New Zealand to Houston.

That’s sure to be welcome news for the throngs of delegates expected to make the journey from Houston to Perth in early April, in order to attend the international LNG18 conference.

Previously, those travelling from Perth to Houston would have to endure stop-offs in Sydney, Melbourne or Brisbane, then another in Los Angeles, before embarking on another flight to the fourth-largest city in the US.

The more direct route is designed to take advantage of the synergies between the two cities, with Houston’s economy focused on the exploration and production of oil and natural gas, and Perth emerging as a world-leader in that arena.

However, Greater Houston Convention and Visitors Bureau senior vice-president of tourism, Jorge Franz, said the new flights would not only provide more efficient flights for business travellers, they would also result in enhanced tourism links.

Mr Franz said while Perth was one of Texas’s most important business markets, with about 3,500 energy-related businesses headquartered in Houston, the visitors bureau was focusing on increasing the number of holidaymakers visiting the state from Western Australia.

The bureau’s campaign will be centred on marketing to tourists the growing number of the city’s cultural attractions, not the least of which is the famous Space Centre Houston.

“We’re making sure that everybody knows what else there is to do in the city of Houston,” Mr Franz told Business News.

“Now, more than ever, we sell it as the cultural and culinary capital of the southern US.

“There are more than 10,000 restaurants with all sorts of cuisine – if you can think of it, chances are you’ll find it in Houston.

“We have also had an enormous growth in terms of our cultural offerings; we have a museum district that has 19 institutions.

“Those are the things that are starting to draw for us.”

According to statistics from the Texas Office of the Governor, around 79,000 Australians visited that state in 2014, a number Texas Tourism director of tourism Brad Smyth said was likely to grow as a result of the new flights.

Mr Smyth said travellers would not only be encouraged to visit Houston, they would also be urged to explore other cities in the vast state.

“In Texas, what you really do have is a unique American experience,” Mr Smyth told Business News.

“It has its own type of music, its own cuisine; it has many things that are very uniquely Texan.

“You have everything else you’ll find in urban capitals throughout the US but you also have it all with a Texas flavour, a unique history and a combination of cultures.

“There’s the cowboy and western culture, influences from being part of Mexico at one time and part of Spain, and all of that comes together and creates a different US experience, which is very unique.”

Of course, airline routes do not operate solely one-way, a fact not lost on Mr Smyth, who is expecting increased interest in leisure visits to Perth by Texas residents.

“Knowing it is one stop from Texas will make it that much easier to sell to Texans,” he said.