A 12-month housing affordability experiment has been launched at Mirvac’s Iluma Private Estate in Bennett Springs, to better understand the potential cost savings of energy-efficient homes. 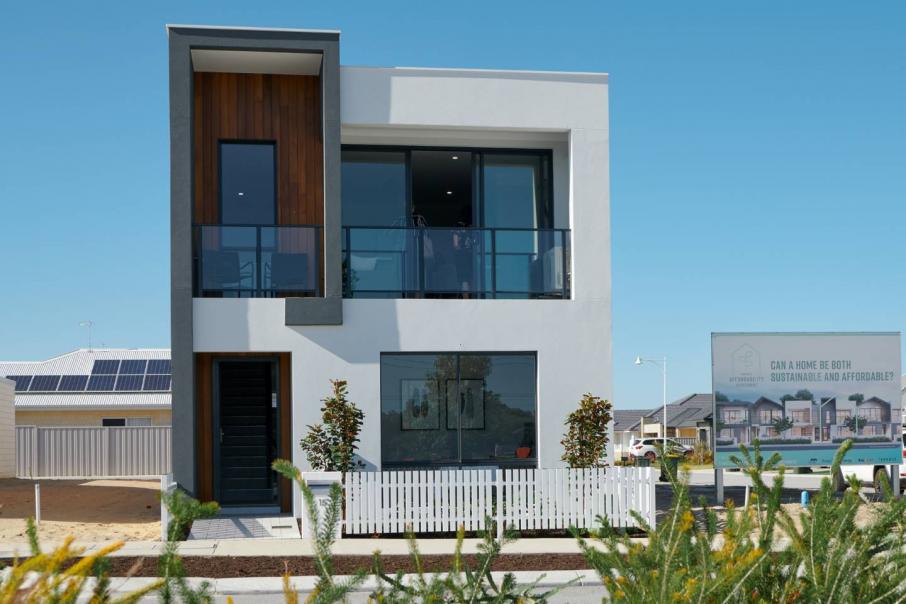 The 165-square-metre house will be monitored over the next 12 months, with findings to help inform future large-scale, energy and cost-efficient precincts. Photo: Rebecca Mansell

A 12-month housing affordability experiment has been launched at Mirvac’s Iluma Private Estate in Bennett Springs, to better understand the potential cost savings of energy-efficient homes.

Led by ASX-listed property business Mirvac Group, the affordability experiment is being run in partnership with Synergy, Keystart, and homebuilder Terrace Homes.

The Purcells, a family of four, were chosen as experiment participants following an application process; they will move into the home today.

Terrace has designed and constructed a $415,000, three-bedroom, two-bathroom home, which it says has been built to a 9.1 star energy rating as per the Nationwide House Energy Rating Scheme (NatHERS) – significantly higher than the 6 per cent industry standard.

For the next 12 months, the Purcells will have their utility consumption, spending and saving patterns, as well as lifestyle habits monitored to help gain an understanding of the cost savings that can be achieved by living in an energy-efficient home.

“The affordability experiment aims to showcase that medium density, high-quality terrace housing is a viable alternative that can deliver genuine lifestyle and financial benefits for purchasers across Western Australia,” she said.

Ms Walker said the project was part of Mirvac’s commitment to affordability and in helping homeowners to make better, sustainable choices in the upfront purchase of a house.

The Purcell family will initially pay rent to Mirvac, which will be set aside as a deposit.

Following the completion of the experiment, the family will then be able to use that money set aside as a deposit to purchase their first home.

"We are proud Synergy has contributed to this Affordability Experiment through donating a 5.28 kilowatt rooftop solar system and an eight kilowatt hour battery,” he said.

"Through our Distributed Energy Resources Roadmap, the McGowan government embraces innovative energy technologies like batteries and the role they can play in our future energy system."

“It’s about delivering high-quality homes that use environmentally sustainable and energy-efficient design principles to ensure ongoing environmental and economic savings,” he said.

That included solar-passive design, as well as the house integrating other energy initiatives such as energy-efficient appliances.

The affordability experiment house was modelled on a workshop held with the Cooperative Research Centre for Low Carbon Living, a federal government research program, along with Curtin University and CSIRO, to review the energy efficiency of the home design.

Targeting a zero-energy home, modifications were made to increase an initial base NatHERS* rating of seven stars to 9.1 stars.

Mirvac said the affordability experiment was similar to its House With No Bills prototype in Melbourne, where a family of four has been living rent-free in a high-tech house that has a number of sustainability and energy-monitoring features.

SaasS technology business Simple, headquartered in Sydney, will provide a software platform to help identify further energy-saving initiatives for the affordability experiment, which will be used by Mirvac’s internal sustainability and innovation teams, tasked with monitoring water, landscaping, technology, automation and finances throughout the 12-month period.

The findings will form part of the development plans of future large-scale, energy and cost-efficient precincts.