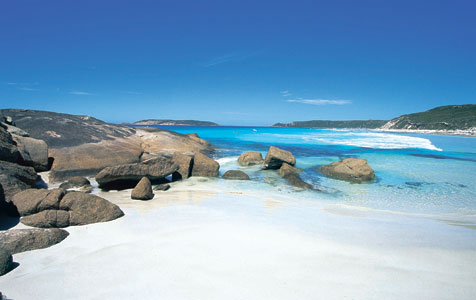 The state government is looking at new ways to stoke tourism-related development on Western Australia’s coastline, with the Abrolhos Islands and Coral Bay identified as priority areas.

In addition to Coral Bay and the Abrolhos Islands, the southern coast between Augusta and Esperance will also be examined.

“I want to ask, what other areas could be opened up, and what do we need to do at these sites?” Mr Barnett said.

The committee will evaluate access issues, services, infrastructure and land tenure, as well as any other issues preventing progress.

The move has been welcomed by Tourism Council WA chief executive Evan Hall.

“WA’s coastline is one of our great natural treasures and we welcome new tourism experiences that will engage locals and tourists,” Mr Hall said.

“Destinations like Coral Bay and Esperance are an important part of the WA brand and must be protected and revitalised as extraordinary experiences.”

He said Western Australia was in need of well-designed eco-retreats, tours and visitor facilities to take advantage of the state’s natural assets.

“Tourism development needs a whole-of-government approach and it is great to see the key ministers will be working together,” Mr Hall said.

However, opposition spokesperson for lands, Chris Tallentire, said the move could result in the state's natonal parks and conservation estates being privatised.

"WA's conservation estate should not be included in the Barnett government's privatisation agenda," Mr Tallentire said.