Just two weeks after its big annual event, Celebrate WA is ushering in a new CEO in a change that reflects a strategic reset at two important culture-focused Perth organisations. 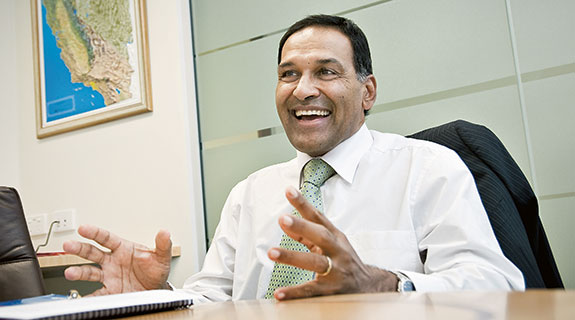 Kevin MacDonald has been appointed as CEO of Celebrate WA.

Just two weeks after its big annual event, Celebrate WA is ushering in a new CEO in a change that reflects a strategic reset at two important culture-focused Perth organisations.

Kevin MacDonald has been appointed as CEO of Celebrate WA, taking over from Patria Jafferies at the end of the month when her three-year term expires.

The move signals a shift from a period of upheaval and change at the organisation, including the 2012 renaming of its signature WA Day long weekend at the start of June from Foundation Day.

Mr MacDonald leaves Giving West, where he was CEO for the past four and half years. His departure comes as the organisation starts to reduce its operations after achieving much of what it set out to do five years ago.

Celebrate WA chairman Wayne Zekulich, who heads Deutsche Bank in Perth, said Ms Jafferies had been appointed as a change agent to reinvigorate what had become a tired organisation.

“Now that is done I think we need a different skills set,” Mr Zekulich said.

“We need to build on what she has done rather than have a whole lot of new ideas.”

Mr Zekulich said a greater regional focus was one area that Celebrate WA could do to build on the work of the past few years.

Chaired by investment banker John Poynton, Giving West was formed to facilitate the growth of corporate and generational philanthropy in Western Australia.

It is understood that Mr MacDonald will not be replaced as a full-time CEO and Giving West will operate with a part-time executive leveraging partnerships and affiliations with other similar national organisations.

Mr Poynton, who also chairs Azure Capital, said groups such as Philanthropy Australia and Social Ventures Australia now operated in WA and did many of things Giving West was established to do.

“We don’t want to crowd the space, that is why we gave ourselves five years to do the job,” he said.

A former chairman of Celebrate WA himself, Mr Poynton said Mr MacDonald’s humble and selfless style would fit the needs of the institution he had just joined.