Perth city’s London Court is set for a changing of the guard, with the property on the market for the first time in 70 years. 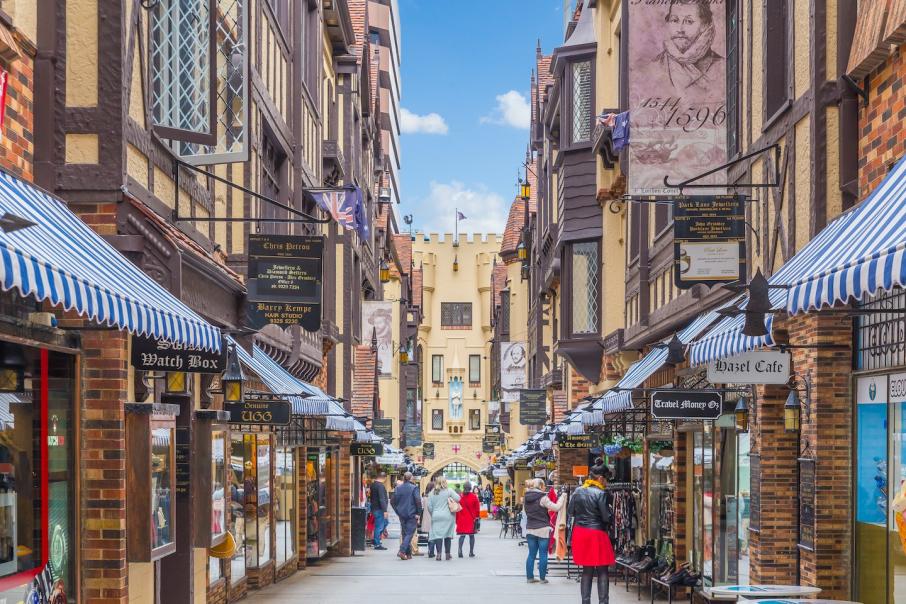 London Court was built in 1937 and has only had two owners in its lifetime.

Perth city’s London Court is set for a changing of the guard, with the property on the market for the first time in 70 years.

Now, the more than 80-year-old precinct features retail and commercial tenancies (34 mall-level shops), along with 57 commercial and office tenancies spread over four levels plus a basement, occupying a gross building area of 3,021 square metres.

London Court has only had two owners in its lifetime: In 1950, the property was sold to a group known as the Butcher Brothers (Harry and Bill Butcher) for £210,000, with Harry Butcher telling reporters at the time that the group would form a company called London Court Pty Ltd to control the property.

The £210,000 deal made headlines, touted as a record sum for a city real estate transaction in Perth: £210,000 is the equivalent of about $11.2 million in recent times, according to the Reserve Bank of Australia’s inflation calculator.

The 100 per cent freehold interest in London Court is being marketed by Colliers International and director of agency Ian Mickle anticipated interest from high net worth family office buyers, as well as from global investors who sought out heritage retail assets around the world.

“It does hold the potential to reposition the asset by introducing the likes of an experienced food and beverage operator, fashion or more convenience retail offering for an expanding CBD population,” he said.

“Foot traffic will be further boosted on completion of developments within Elizabeth Quay, with London Court providing the most convenient north-south access to the Hay and Murray Street Malls, and Perth Railway Station.

“For many years, the basement space at London Court was occupied by a popular tavern. The upper-levels accommodation is currently used as office space but was formerly 24 residential units, and these could potentially be reinstated or expanded.”

The property was added to the State Heritage Register by the Heritage Council of Western Australia in 1996, which means heritage controls on upgrades or the repositioning of the building apply.

“It’s a fantastic time to be investing in the Perth CBD, and in WA more broadly. We’ve got the $1.5 billion Perth City Deal, the Activate Perth program, and a mandate to expand the City of Perth’s residential population from 29,000 to 90,000 in the coming years – which together will underpin a significant jump in tourism numbers and the retail catchment for the city,” Mr Mickle said.

“In the more than 70 years that Colliers has managed this asset, we’ve regularly received unsolicited approaches from interested buyers.

"Now that we’ve taken it to market, we’re expecting considerable competition for what is one of the most highly coveted trophy assets in the Perth CBD.”