The state government has finalised its preferred model for local council reform, putting forward new boundaries that would cut the number of metropolitan councils by half to 15 - one more than under proposals released in July. 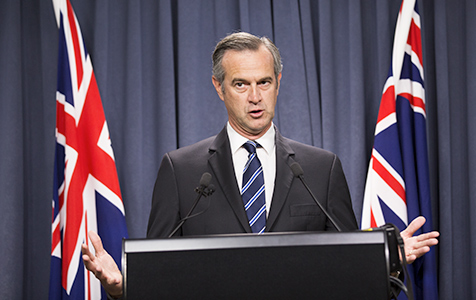 The state government has finalised its preferred model for local council reform, putting forward new boundaries that would cut the number of metropolitan councils by half to 15 - one more than under proposals released in July.

Local Government Minister Tony Simpson said the government's new proposals, which have been lodged with the Local Government Advisory Board, incorporated feedback from the community and local governments since the draft was released.

"This is an important step in putting all the information on proposed reforms in front of the community," Mr Pearce said.

"It is now over to the LGAB to gather input from local governments and communities and conduct a thorough review to make final recommendations to me next year."

Metropolitan local governments will still have to wait until the LGAB reports in July next year before the ultimate decision is taken by Mr Simpson.

"Reform is happening. The local government sector is ready for it. I'm pleased to witness the work being done by mayors, presidents and CEOs behind the scenes to progress it," Mr Simpson said.

LGMA will work with the state government to develop a clear and transparent process to support local government officers in implementing amalgamation and boundary changes.

The government’s revised plan has received support from groups including the Kwinana Industries Council and the Property Council of Western Australia.

City of Kwinana Mayor Carol Adams applauded the state government and particularly Mr Simpson for his willingness to consider the alternate model.

"What we've looked to do here is consider the south-metro region as a whole, and propose a reform plan which ticks more boxes for residents, businesses and government," Ms Adams said.

Fremantle Mayor Brad Pettitt said he was pleased the government had shown it had heard and understood the City of Fremantle's desire to achieve sensible boundary reform based around natural communities.

City of Melville Mayor Russell Aubrey said the government's plan for the region was vital to the future of the Perth metropolitan area.

"Just think about what we have in this region – historic and new ports, universities, one of the countries busiest airports, the state's premier industrial area, several hospitals, including the new Fiona Stanley, major shopping precincts and of course a rapidly growing population," Mr Aubrey said.

The cities of Fremantle, Melville and Kwinana will now work collaboratively to address the many finer details regarding this proposal, including the formation of a local implementation committee.

In summary, the new proposal consist of: