New board gets Wheelies on a roll 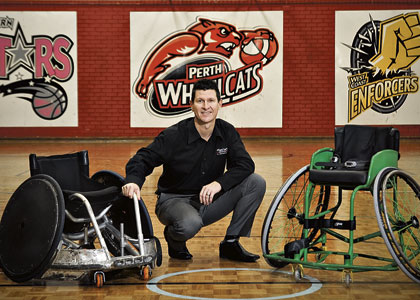 WHEELCHAIR Sports WA has firmed up its governance over the past two years with the hope that a robust board will lead to greater corporate support and a better community understanding of the organisation’s role.

Just two years ago, the ‘Wheelies’ board was made up of voluntary members of the association and was very ‘operationally focused’, rather than working to a strategic plan.

In 2010, however, the organisation’s constitution was changed to implement an independent system through which board appointments could be made.

Wheelchair Sports created a ‘skills matrix’ in order to target people with the expertise needed on its board, like law, marketing and accounting.

That allowed the board to morph into an overarching body for Wheelchair Sports, rather than overseer of operations.

“We have communicated to our members that we are not just a sports club, and you can’t have a bunch of sportsmen running it,” board president and The Royal Automobile Club of WA senior vice-president Esme Bowen said.

“We have got to have somebody managing finances, we have legal representation, we have an excellent treasurer, links to government (executive director of state government drug and alcohol office Neil Guard) and another person (Ross Glendenning) who is really involved in sport, and an AFL champion of years gone by, and he is an independent director.”

Ms Bowen has been on the board since 1993 and explained the overhaul of the organisation’s governance model had been a work in progress for eight years.

At that time, the chief executive of an interstate sports association consulted ‘Wheelies’ on its governance, and the organisation then engaged with the Australian Institute of Company Directors to figure out its optimal structure.

The more recent constitutional changes came around the same time that chief executive Gary Lees stepped into his role, and Ms Bowen said the relationship between the board and the organisation’s chief had developed to a sound level.

“We have great admiration, respect and confidence in Gary’s ability to lead our organisation to where it needs to be, to look toward the future,” she said.

He was the first sports development officer at ‘Wheelies’ before moving into a general manager role, where he worked to improve the level of competition for athletes with a disability.

When Mr Lees started there was only one wheelchair basketball competition a year in WA, and now there are multiple competitions across multiple sports each weekend.

Basketball is by far the biggest sports program the association organises but others among the 14 now available include archery, lawn bowls and rugby – or what is known in the wheelchair sports circles as ‘murder ball’.

With 700 members, some able bodied and some not, the organisation runs programs from grassroots right through to elite level.

Mr Lees said the new board would lead to better corporate engagement, more funding and continuing, better-resourced programs that reached out to regional WA.

“That is the plan, that is the hope. With Ross Glendenning coming on board, his role working with the Eagles is dealing with corporate sponsors. It will take time but we are hoping someone like that will open doors for us,” he said.

“We are setting up a business advisory committee, which is part of our overall strategic plan. Getting corporates involved.”

What Mr Lees really wants, however, is for the community to understand the level of impact Wheelchair Sports WA has as a community organisation.

“What we do does make a difference and you can see someone, when they first join us their self-esteem is low, their physical and mental health is poor and within a short space of time you can see that turn around,” Mr Lees said.