When art adviser and private curator John Cruthers was asked what his mother, art collector Lady Sheila Cruthers, would think of him establishing the Sheila Foundation to promote women’s art, he said she would ask why it had taken him so long. 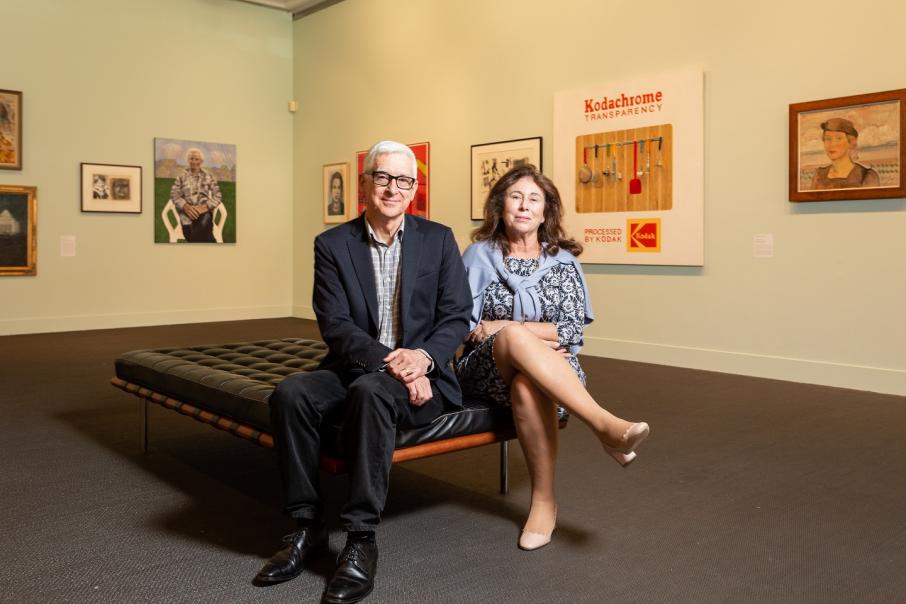 John Cruthers and the Sheila Foundation board, including Michela Fini, launched the organisation at the Lawrence Wilson Art Gallery at UWA. Photo: Gabriel Oliveira

When art adviser and private curator John Cruthers was asked what his mother, art collector Lady Sheila Cruthers, would think of him establishing the Sheila Foundation to promote women’s art, he said she would ask why it had taken him so long.

Lady Cruthers, married to television pioneer Sir James Cruthers, was a prolific collector and owned Australia's largest private collection of women's art before donating it to the University of Western Australia in 2007.

Mr Cruthers said collecting women’s art was his mother’s dream, but a bigger dream was to help women artists.

“Rather than buying one artist at a time, you can buy the whole landscape; you can make it better for everyone, for all women, so that’s the idea for the foundation,” Mr Cruthers told Business News.

The Sheila Foundation was launched last month at the Lawrence Wilson Art Gallery at the University of Western Australia by Mr Cruthers and board members including Perth philanthropist Michela Fini.

It is a public extension of the private Cruthers Art Foundation, which was founded in 2007 and ran several initiatives to promote women’s art.

“My sister and I realised we weren’t going to be around forever (and) we wanted the support of our collection and of our projects to continue,” Mr Cruthers said.

“There was still a lot to be done so we thought, ‘we need to go public’.”

Mr Cruthers said the foundation currently had three projects: Into the Light, which focused on finding women’s art that has been lost; Contemporary Women, to celebrate contemporary women artists; and Going Global, to promote the Cruthers collection by making it available online and taking it on national tours.

He said the promotion of women’s art was important because of the under-representation of women in the industry throughout history.

“You realise when you go into a state gallery or a national gallery, and you walk through the 20th century Australian rooms and about one in every five works you see is by a woman,” Mr Cruthers said.

“You think where [is the] women’s work? And how has this given us a warped picture of who we are as a people?"

Funded by the Sheila Foundation, ‘The Countess Report’ calculated the number of artworks by women in galleries and found while 75 per cent of art school graduates are women, only 34 per cent of the artwork in galleries is by women.

‘The Countess Report’ founder Elvis Richardson said if institutions failed to represent the communities they evolved from, they needed to change.

“If we go back to the pool of artists, it’s not what’s being reflected in the galleries,” Ms Richardson said.

To support its programs, the Sheila Foundation has $600,000 and is seeking to raise $2 million by December.

Mr Cruthers said the foundation talking to potential donors at a high level as well as considering donor circles.

“Donors are universally impressed by the range of programs we have in place or are planning in order to rectify the situation, and they agree that if we raise sufficient funds to carry out our programs, we can improve gender balance in the visual art sector within a relatively short period of time.”