New arrivals need to brush up on ‘Strine’

International miners have a lot to learn about the Australian resources sector. 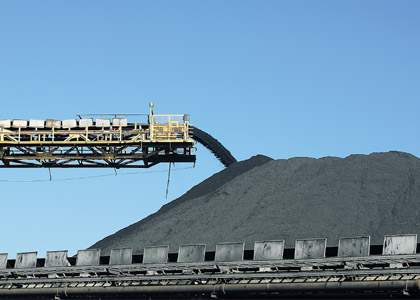 SOLID FUEL: Despite a slump in the price of coal and other issues with the project, Gina Rinehart’s Indian JV partner in the Alpha mine in Queensland, GV Sanjay Reddy, has been talking up its prospects. Photo: iStockphoto

International miners have a lot to learn about the Australian resources sector.

FASHIONABLE as it is for investors to complain about Australian mining company chief executives who have not delivered the profits predicted during the mining boom, there is another group of miners far more deserving of criticism - the new arrivals from China, India and elsewhere.

At risk of someone interpreting this as a commentary on race, which it is not, there are questions to be asked of a number of troubled international companies that have had far worse problems than Rio Tinto, Anglo America or Xstrata, all of which are in the process of replacing their CEOs.

Even BHP Billiton, easily the biggest mining company with Australia as a home base, says it has started a search for a new CEO; yet it might end up keeping the one it has -Marius Kloppers.

The difference between the big four miners in the English-speaking world and the mining companies from Asia (and elsewhere) that are trying to carve out a niche in Australia is that the new players are not open to questions, let alone criticism, which they jolly well ought to be.

Consider this simple comparison. If big write downs on botched deals was sufficient to cost Tom Albanese his job as CEO at Rio Tinto, or Cynthia Carroll her job at Anglo American, then surely someone at Sino Iron ought to be walking the plank after an absolutely horrific cost blow-out and completion delay at its iron processing plant in north-west Western Australia.

But, inquire as he might, Bystander is yet to see a list of executives who have paid the ultimate career price for: promising to develop a mine and iron ore upgrading facility for around $3 billion; actually spending about $7.5 billion; taking three years longer than planned; and still not having the plant performing as planned.

Sino, interestingly, is not alone among the newly arrived investors who think they can teach Australians how to mine.

Vale, also known as the big Brazilian, has had a devilishly difficult job finding a niche for itself in Australian coal, and nothing yet in iron ore.

Oswal Fertilisers of India is a classic case of biting off more than you can chew, ignoring local advice and then, after dodging the Australian media, spending an inordinate amount of time answering questions from corporate regulators and tax investigators.

Lanco Infratech is another Indian company that arrived with a bang when it bought the Collie assets, which were once the pride and joy of the Stowe family, only to discover that exporting Collie coal was a very tricky business given its well-known tendency to self-combust unless stored carefully. (It’s why Perth trains once ran on coal imported from NSW.)

However the prize for the mother-of-all international bloopers could yet go to GV Sanjay Reddy, the Indian majority partner in GVK Hancock, a joint venture with Gina Rinehart in developing the Alpha coal mine in Queensland.

Since hitting the headlines in 2011 after paying Mrs Rinehart $US1.3 billion for a 79 per cent stake in Alpha and other coal deposits, Reddy went awfully quiet, which is hardly surprising because: the coal price has crashed; the cost of developing a mine in Australia has exploded; two new taxes (carbon and mining super tax) have been introduced; and the Alpha coal remains where it’s always been, 500 kilometres inland from the nearest port, which is yet to be built.

It was therefore something of a surprise to discover that Reddy has been talking up the GVK Hancock project along the lines of: ‘we’re  going to teach those Aussies a thing or two about mining’.

Perhaps Reddy didn’t mean it quite like that when speaking to a writer by the name of Cuckoo Paul, who has just had a fascinatingly optimistic assessment of the Alpha project published in the Indian edition of the US magazine, Forbes.

High on the GVK Hancock list of things to do are paying miners less than the $300,000 they are currently said to be being paid, cutting rail and port costs, and “attacking the cost culture within the Australian mining industry”.

Highly admirable, undoubtedly, but all of the grand Indian vision is undone by a glaringly obvious mistake, whether by the writer or a GVK spokesman is unclear, to claim that: “One example of this is using, for the first time in Australian coal mines, the more efficient draglines ... instead of smaller bucket-wheel and other excavators”.

That is an astonishing admission of ignorance ... by someone.

Draglines, those monster dirt shifters used in the Queensland coal industry for decades, are certainly not a novelty in Australia - or perhaps no-one from India has actually visited an Australian coal mine, yet.

What a shame Reddy, or the people who run Brazilian or Chinese mining companies active in Australia, don’t make themselves available to outside questioning about draglines and other matters of interest.

If they did they might learn something, or be eligible for an entry pass to the departure lounge occupied by Mr Albanese, Ms Carroll, and about 15 other mining company CEOs who are, to use the ultimate euphemism, ‘moving on’.

HERE’S more fuel for thought and a chance to reconsider the question of peak oil, one of Bystander’s favourite tall stories.

In Europe, the great biofuels revolution has ground to an ignominious halt; not because ethanol cannot be extracted from corn and other crops, but because it is grossly inefficient, and possibly causing more environmental problems than burning gas, oil and coal.

“Not so Green” is how a magazine called Nature Climate Change described the results of the latest study into biofuels - though it was an American study that really nailed the point.

According to Timothy Searchinger from Princeton University, if every crop, tree, plant and shrub in the world was converted to a biofuel (and we all stopped eating) the entire harvest would produce about 14 per cent of world energy needs.

According to Searchinger: Europe, if not yet the US, has recognised that the biofuels revolution was “a mistake”.

"Any official denial is, de facto, a confirmation."
John Kifner