Women dominate the ranks of newly appointed senior counsel, with three of this year’s five fresh faces significantly boosting the small female membership of the bar. 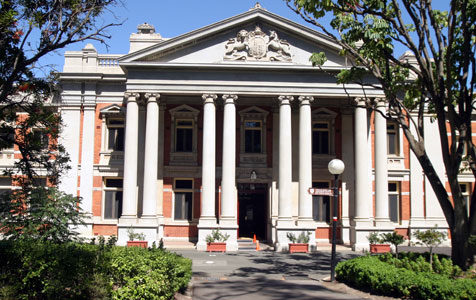 Women dominate the ranks of newly appointed senior counsel, with three of this year’s five fresh faces significantly boosting the small female membership of the bar.

The roll of practitioners, representing those who do not hold a current practice certificate, lists eight women with the designation of senior counsel or its predecessor, Queen’s Counsel, including some who went on to the judiciary such as Christine Wheeler, Narelle Johnson and Carmel McClure.

The Supreme Court of WA said that the appointments are made from 15 applications to the chief justice, who received advice from a high level committee of judges.

The court said an appointment as senior counsel was based on eminence in the practice of law, especially in advocacy, unquestioned integrity, availability and independence.

A brief CV of the five new appointments is listed here. Further below is a list of Queen's Counsel and senior counsel from the Law Almanac.

Ms Farley was awarded a Bachelor of Jurisprudence and a Bachelor of Laws from the University of Western Australia. She was admitted to practice in Western Australia on December 23 1982.  Ms Farley joined Phillips Fox where she held positions as an articled clerk, solicitor and senior associate. She has held numerous positions at the Legal Aid Commission of Western Australia since first joining in 1987, including solicitor in charge of the criminal law section and senior practitioner in the youth law unit. Her current role with Legal Aid WA is senior appeals consultant.

Ms Farley was also the supervising solicitor for the unrepresented criminal appellants programme at the University of WA Law School (1999 – 2002), and later at the University of Notre Dame (2004 – 2006). She is currently a member of the Racing Penalties Appeals Tribunal, and a local government councillor.

Ms Banks-Smith graduated from the University of Tasmania with a Bachelor of Laws (1st Class Honours) in 1988, winning the Butterworths Prize for Jurisprudence and the Shri Dutt Sharma Memorial Prize for Administrative Law. She was awarded a Commonwealth scholarship to attend Cambridge University from 1992 - 1993, graduating with a Master of Laws (1st Class).

Ms Banks-Smith joined Parker & Parker in Perth in 1990, and was admitted to practice in WA in 1991. She became a partner in 1996, and a Partner of Freehills upon its merger in1997, heading the Perth litigation group until 2009. She joined Francis Burt Chambers in July 2009 where her practice consists largely of complex civil litigation.

Ms Banks-Smith has tutored in civil practice and lectured in insolvency law at the University of Western Australia. She was named as the senior woman lawyer of the year by the Women Lawyers of WA in 2009.

Ms Petrusa completed a Bachelor of Laws at the University of Queensland in 1988, and was admitted to practice in Western Australia in February 2001. She was an articled clerk then solicitor at Clayton Utz, in Brisbane, from 1990 – 1993 before joining the Office of the Director of Public Prosecutions in Queensland where she became crown prosecutor in 1998.

Ms Petrusa joined the WA DPP in 2001, becoming senior state prosecutor in 2006. Since October 2009, she has been consultant state prosecutor, prosecuting the most complex criminal trials in WA involving murders, serious sexual and violent crimes, complex technical and expert evidence, and lengthy investigations.

Mr Solomon was awarded a Bachelor of Laws (1st Class Honours) from UWA in 1990 and was admitted to practice in Western Australia in 1991.

He completed articles at Dwyer Durack in 1991, becoming partner in 1995. From 2000 – 2006, Mr Solomon was managing partner and senior property litigation partner at Gadens Lawyers. He joined Francis Burt Chambers in 2006, where he practises in the fields of commercial disputes, including disputes relating to contracts, construction matters, Corporations Act matters and trade practices.

Mr Solomon was ordained as a rabbi in 1985 after studies at the Rabbinical College, New York. He was a teacher and rabbi at Carmel School till 1990, and from 1996 – 2011, was the school’s senior vice-president. Since 2011, he has been its governor. In 1993, Mr Solomon established the Beit Midrash of WA, a Jewish educational institution and synagogue, and serves as honorary senior rabbi. In 2006, he established WA’s first tertiary institution of Jewish studies and Talmudic law, the Perth Yeshivah.

He was an articled clerk at Sly & Weigall in 1992, becoming senior associate in July 1994. From December 1995 till April 1997, Mr Vaughan was senior associate at Phillips Fox, before joining Deacons in late 1997, where he became a partner in July 1998. From 2003- 2007, he was a partner at Christensen Vaughan, and joined Francis Burt Chambers in April 2007. He practises in the areas of insolvency, both corporate insolvency and bankruptcy, commercial law, corporations, equity, taxation and trade practices.

Below is a list of Queen's and Senior Counsel from the Law Almanac, including the date of their appointment as either QC or SC.

List includes Law officers of the State and DPP