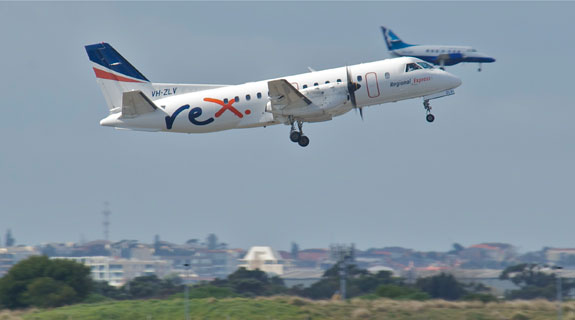 Regional Express (Rex) will start flying from Perth to Albany and from Perth to Esperance in February next year, but the state government is yet to reveal an airline to fly a number of other key regional routes.

The appointment of Rex, which remains subject to final negotiations, followed a request for tender process which was launched in July for a range of regulated air routes in the state’s regions.

However, Mr Nalder did not provide any update regarding the status of the other routes the government requested tenders on, being services from Perth to Carnarvon/Monkey Mia, Leonora, Laverton, Meekatharra, Wiluna and Derby.

Mr Hall said Rex would fill a critical gap following Virgin Australia’s withdrawal from operating the south-west routes, while its flights would be able to be booked through travel agents and online travel sites.

“Having decent passenger services that are bookable online is crucial to tourism destinations,” he said.

“The service provided by Rex will be a real passenger service with the online ability to allow visitors from around the globe to visit our fantastic regions such as the Great Southern.”

Rex is a well-established airline in the eastern states, flying to 54 locations across NSW, Canberra, Victoria, Tasmania and Queensland.

The WA routes will commence on February 28 once the contract is finalised.