The appointment of Dawn Freshwater as vice-chancellor at the University of Western Australia brings an unusual combination of internal candidate and agent of change. 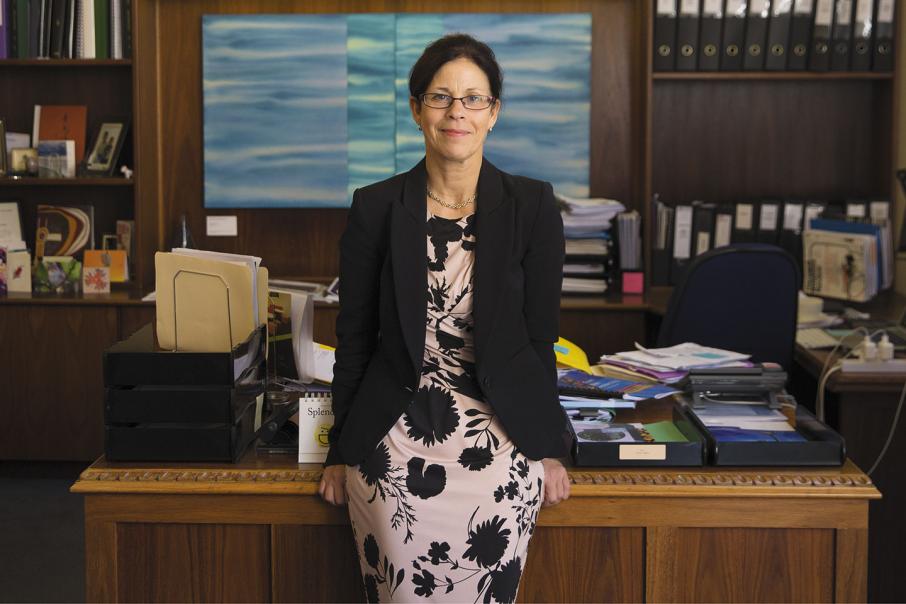 Dawn Freshwater is about to embark on a major recruitment drive at UWA. Photo: Attila Csaszar

The appointment of Dawn Freshwater as vice-chancellor at the University of Western Australia brings an unusual combination of internal candidate and agent of change.

Arguably, no-one else could possibly have filled the vacancy created by the departure last year of Paul Johnson after five years at the university’s helm.

Recruited in 2013 from Leeds University in Britain by Professor Johnson to become senior deputy vice-chancellor and registrar, Professor Freshwater had been deeply involved in devising and implementing UWA’s transformation strategy, which has substantially restructured the faculty arrangements and cut close to 10 per cent of staff.

Having gone so far down that route by the time of Professor Johnson’s exit, it seems unlikely anyone new to the university would have been the best candidate to finish the strategy.

In her first media interview since taking up the role, Professor Freshwater is clearly excited by the opportunity that UWA has created largely by the restructuring process but also prompted by other global forces.

She plans to recruit more than 50 leading academics to UWA, recognising that as education faces the disruption experienced by other markets, the student experience has to be enriched.

Sitting at the feet of a world expert is something that is hard to replicate online.

“We have been able to create the opportunity to do this through the major transformation project that we led,” she said.

Aiding UWA’s plan, the vice-chancellor believes, is global turmoil that is likely to shake loose some of academia’s finest minds.

“We might see Brexit and the recent election in the US as positive,” Professor Freshwater said.

“We are about to go on a large recruitment campaign, unprecedented for this university, for some world-class academics in significant numbers and we believe we are in a really good position, a great position in time in which to recruit some of the best people in the world to this university.”

This will pitch straight at the twin objectives of maintaining high-quality education standards and becoming more internationally relevant.

Not only are these important to win the attention of future students but they also help fulfil a community expectation that universities are expected to improve societies.

“This will add value to the state and the nation,” she said.

UWA expects to expand its joint appointments with industry leaders following on from its past success with CSIRO, Wesfarmers and several resources giants.

It also plans to increase collaboration with other institutions, presumably universities.

Professor Freshwater is quite guarded about how UWA plans to partner with what she calls “world-class institutions in delivering world-class content” but she said the ultimate beneficiary had to be the student.

While immersed in management, she remains academically active – getting her “hands dirty”, as she calls it, in research of her own and supervision of others rather than being a purely administrative executive.

Her management credentials prior to UWA stem from Leeds where she was pro vice-chancellor for staff and organisational effectiveness, as well as professor of mental health and head of the School of Healthcare.

A seasoned marathon runner, it is hard to view her career as a patient grind on a long and well-established course.

Perhaps it reflects the positional fluidity and opportunism required in a team game such as hockey, which Professor Freshwater played in her earlier days.

“I have never been strategic about my career, I have to be honest,” she said.

“But I have taken every opportunity I have been given in life and there is no replacement for determination.

“I have absolutely made the best of every mentor that has come my way.

Professor Freshwater describes her leadership style as people-focused and values-led and, on the cusp of launching her global recruitment drive, proclaims the university’s biggest asset is its human resources.

“This is back to having a CEO who understands the need for a social enterprise and sustainable business model to work in harmony,” she said.