New Standard Energy plans to diversify its interests in the oil and gas sector by completing a farm-in agreement in the Cooper Basin in South Australia and acquiring 5,182 acres in a Texas oil shale asset. 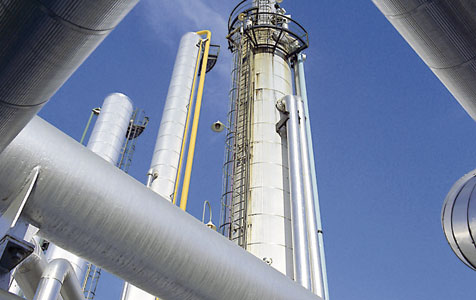 New Standard Energy plans to diversify its interests in the oil and gas sector by completing a farm-in agreement in the Cooper Basin in South Australia and acquiring 5,182 acres in a Texas oil shale asset.

New Standard is to pay up to $42.5 million for up to a 52.5 per cent stake in the Cooper Basin PEL 570 acreage over a five year permit life, adding 2,400 square kilometres to its portfolio.

“Ambassador shareholders have very high leverage to any success which may flow back from the $42.5 million of exploration expenditure which New Standard will spend in our PEL 570 block,” Ambassador chief executive Tino Gugliermo said.

Under the agreement New Standard will complete a 3D seismic survey in 2014, followed by three wells.

“We are excited about this acreage position in the Cooper as it complements our existing shale and tight gas projects in Western Australia,” New Standard managing director Phil Thick said.

“The Cooper acreage is nearer-term in the development lifecycle and likely to deliver value back to our shareholders in a relatively short time period compared to our frontier assets which will naturally take longer to develop.”

The company will also acquire the Eagle Ford shale asset in Atascosa County, Texas at US$5,300 per acre, with an initial payment of US$15 million cash and 65.65 million shares to Magnum Hunter.

The two companies have also executed a letter of intent for Magnum Hunter to provide operational and technical support to the program.

Subject to the outcome of four Eagle Ford development wells over the next 12 months, a performance payment of $3 million for the Eagle Ford asset will be paid to Pathfinder Energy, who also has the opportunity to secure an additional 45 million New Standard shares.

Pathfinder will also be paid $1 million cash up front and $1.6 million deferred with an option of 15 million New Standard shares for completion of the Cooper Basin transaction.

Two Pathfinder sister companies are being sold to New Standard to transfer the Cooper Basin farm-in and the Eagle Ford purchase option.

Following the deals, both Pathfinder and Magnum Hunter are able to exercise rights to New Standard board seats, with Magnum Hunter becoming a the major shareholder gaining a 15.2 per cent stake in the company.

On-top of the today's announcement, New Standard has mutually agreed with its drilling contractor, Enerdrill, to reschedule drilling of the Condon-1 well at its Merlinleigh project to the second half of 2014.

The company had previously intended to spud the well in late Novermber or early December this year, however following the new acquisition details today the decision was made to pursue drilling at Eagle Ford prior to Condon-1.