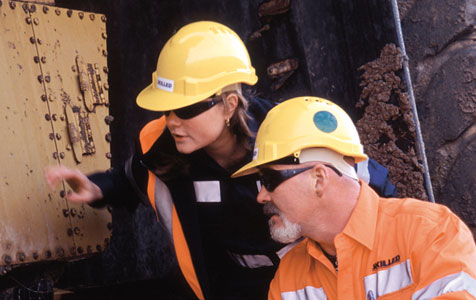 In a statement today, chairman Vickki McFadden said Mr McKay will start early so he can participate in the review of "the unsolicited, conditional and opportunistic" merger proposal which was lodged by the Burswood-based staffing, maintenance and project services company just before Christmas.

On December 17, Programmed proposed a cash and scrip merger of equals with Skilled, whereby both of the company’s shareholders would equally own 50 per cent of the merged group.

Under the terms of the deal, Skilled’s shareholders would also receive an additional 25 cents per Skilled share in cash, equalling to a 21.3 per cent premium on Skilled’s share price of $1.13 at the time of the proposal.

However, on December 29 Skilled said in a statement that the deal was “opportunistically timed”, and was based on a closing share price for Skilled which was “well below medium and longer term volume weighted average prices”.

On the same day, Programmed chairman Bruce Brook said in a statement that in the current market environment, merging the two companies was a logical move.

“We have designed the proposal as a true merger of equals with a significant premium for Skilled shareholders so that each group of shareholders is able to share equally in more than $20 million per annum of anticipated synergy benefits,” Mr Brook said.

“The merger would diversify both companies’ existing businesses and result in an appropriate merged group capital structure.”

In the proposal, Programmed stated that its boss Christopher Sutherland would be appointed chief executive and managing director of the merged group, while "resolution for an appropriate role" for Mr McKay would be discussed.

Programmed said the merged group would have a pro forma market capitalisation of about $533 million and would increase its weighting on the stock market with a greater level of investor interest.

As a result of Mr McKay’s early start, Michael McMahon will step down as managing director and CEO from today.

Mr McKay was due to take over on January 20.