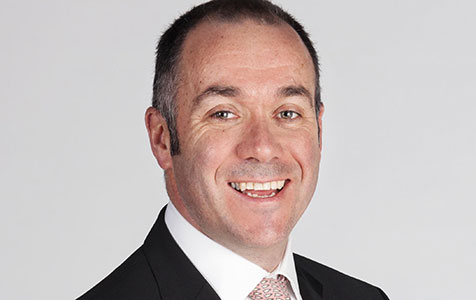 Mr Thorburn will assume the role of NAB chief executive in August this year, following a six-year stint as CEO of NAB subsidiary, Bank of New Zealand.

He became the Commonwealth Bank of Australia's youngest ever state general manager at 34 years of age while based in Western Australia, and was a winner at the inaugural Business News 40under40 awards in 2002.

NAB chairman Michael Chaney said Mr Thorburn had proved himself to be an outstanding banking executive.

"Andrew Thorburn has done a superb job of leading Bank of New Zealand since 2008 where he continued to build the bank's performance, increasing cash earnings by more than 40 per cent, improving market share on the back on strong customer satisfaction and developing a strong leadership culture," he said.

"As a member of the group executive team, his energy, vision and ability to motivate employees have been obvious, as has his business acumen."

Mr Thorburn will receive a base salary of $2.2 million, with the opportunity to earn up to $6.7 million in short-term and long-term incentives.

Mr Chaney said the NAB board believed it was appropriate for the incoming chief executive to start on a lower remuneration package than the incumbent.

He said the remuneration deal was strongly aligned to shareholder expectations, with 70 per cent of the total package "at risk".

Mr Chaney also paid tribute to the "exceptional leadership" of Mr Clyne, who is departing to spend more time with his young family.

"Cameron took over as CEO during the global financial crisis and developed an effective strategy to steer the bank through a challenging period during which it has undergone significant cultural and structural change," he said.

"He is highly regarded throughout the bank and externally, and we are sorry to see him leave at this time."

Mr Chaney is thought to be likely to depart as NAB chairman when his term expires next year.