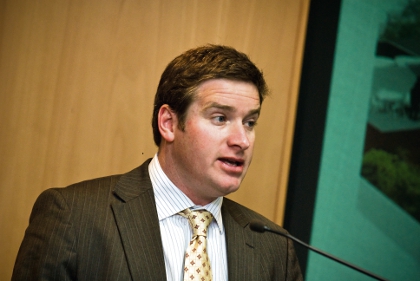 The state government has unveiled a $125 million high-rise apartment complex in Karratha today, the first of its kind in the regional town.

Speaking at the opening ceremony Regional Development and Lands Minister Brendon Grylls applauded the efforts of development company Finbar Group for its work on the building which is called Pelago West.

“From the beginning, Finbar recognised the opportunities available in the Pilbara and they took the decision to take on the challenge of constructing the first high-rise building in the region.

“Today we are seeing the tangible results of that partnership, and Pelago West now stands proudly in the heart of Karratha’s city centre to demonstrate what can be achieved when the public and private sectors work together.”

Located on Warambie Road, apartments at Pelago West have sold out off the plans to local residents and major corporations including Monadelphous and Rio Tinto, and the Department of Housing.

Pelago West was built as part of the Pilbara Cities initiative; stage two of the project, called Pelago East should be completed in 2014.