Neurodiversity in the workplace

Employees with autism and their employers have emphasised the importance of clear communication at a recent Autism West event. 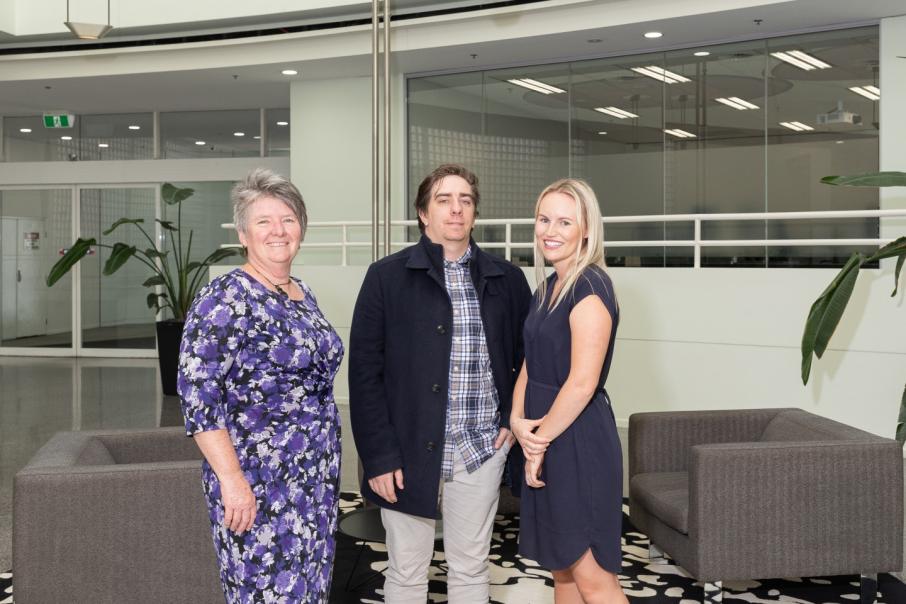 Employees with autism and their employers emphasised the importance of clear communication at a recent Autism West event.

Dissatisfied with juggling a series of casual jobs throughout his working life, Anthony Bean instead decided to secure a long-term role in which he could make a more meaningful contribution to society.

Mr Bean, who studied graphic design and cinematography and is on the autism spectrum, was encouraged to apply for a government internship by his employment consultant.

“I thought perhaps it was just going to be an administrative role and that sort of stuff,” Mr Bean said.

“I got contacted by the Department of Mines, who said they were going to take me on, but I didn’t know it was going to be for a graphical role, which I was very surprised by.”

Mr Bean now works as a project assistant at the Department of Mines Industry Regulation and Safety, a role he has held for nearly two years.

He spoke of his experiences in the workplace at an Autism West breakfast in February called ‘Social Elements & Work Processes: How to Equip your Workforce for Success’ with one of his supervisors, DMIRS general manager information and development Su Ho.

Autism presents differently in each individual, and Mr Bean said for him it was important he was given clear instructions and project scope.

He recounted a situation when he was working with the safety and communications team and his manager asked him to write a report about webinar software.

“Me, with my literal brain thinks, ‘Report? Let’s go find five pieces of webinar software and write a 30-page report about it’,” Mr Bean said.

“About three days later, Andrew comes back to me and goes, ‘I wanted a comparison chart, not a report’ and I go ‘Well that’s what you asked me for’.

“You have to be really clear with instructions and help us to define the project scope, because if you ask us to write a report we are just going to go off the deep end.”

Dr Ho assessed the department could benefit from Mr Bean’s love of report writing and research.

“She saw that I was really good at doing research stuff, so she took advantage of that strength,’ Mr Bean said.

“She took advantage of the fact that I liked to go down these rabbit holes, so I did things like research for the ad safety report, I looked into ways different agencies could communicate safety messages to the public.”

Speaking at the forum, Dr Ho shared some of her learnings from working with neurodiverse employees.

She said the best of intentions didn’t always translate and the supervisory role was not for everyone. Dr Ho said managers needed to accept people for who they were, and workplaces needed to be flexible.

“The reasonable adjustments will be different for different people. And remember, any of the changes you actually do make can be for everyone.”