Net gain as accountants up numbers 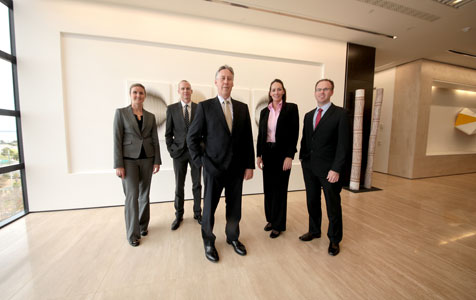 Big accounting firms don’t appear to share the gloom engulfing much of the resources industry in Western Australia, with the top players adding significant numbers to their partnership roll-calls.

The biggest jump among the top echelon is at KPMG, the smallest of the big four firms in Perth, which has added a net six partners for the start of the 2013-24 financial year, compared to the same time last year.

That is a nearly 18 per cent boost, to 40 from 34, predominantly in the tax field but also encompassing risk, restructuring, and internal audit.

KPMG named Kate Law, James Edwards, Matt Herring and Neil Lamb as partners in the tax field, while Katie Williams has been promoted in risk consulting and Hayden White in restructuring. Jeeva Maistry was made an internal audit partner in February. KPMG lost one partner during the past year.

PwC also added a net six partners for the year, growing to 42, and Deloitte, which added four partners to have 47, continues to close in on the biggest local player, Ernst & Young, which has put on two to have 57 profit-sharing partners in Perth.

Change among the biggest second-tier firms has been less dramatic. BDO has a net increase of one partner with an internal promotion of Dean Just in audit and the recruitment of Maurice Argento late last year to add management consulting to its service mix.

KPMG WA chairman Gary Smith said there was considerable work for professional services as the growth phase in the economy slowed.

“Clients want to capture innovation from that (growth period) and want to lean down,” Mr Smith told Business News.

Ernst & Young’s additions are tax partner Mark Upton and advisory partner Mark Cotter. PwC has appointed Craig Knox-Lyttle and Andrew Friars in management consulting, and Cathy Li as a partner to its China practice in Perth.