Neptune is planning an unspecified capital raising to fund the acquisition, which will provide extra geographic diversity for its sub-sea oil and gas engineering services business.

The Ross deal will be Neptune's eighth acquisition since managing director Christian Lange joined the company in early 2006.

A Neptune announcement is pasted below:

Ross Deeptech generates annual revenue of almost £10 million and EBITDA of £2.1 million and the business will be immediately earnings per share accretive to Neptune upon settlement. This is expected to be in January 2008.

To acquire Ross Deeptech, Neptune proposes to make a one-off payment of approx. £11 million (A$25 million) plus an adjustment for any land not to be acquired, once satisfactory due diligence has been completed and a formal sale agreement is entered into. The acquisition will be funded by way of an equity capital raising, the details of
which will be finalized as the transaction progresses.

Ross Deeptech manufactures specialist subsea and offshore oil and gas equipment. It also provides support services for production, drilling, diving, construction and intervention projects in deepwater areas such as west of Shetland, Norway, Gulf of Mexico, West Africa, Canada, Egypt and Australia. The business has a team of 95
people operating in four locations throughout the UK. Customers include some of the world's leading blue chip energy corporations and contractors.

Ross Deeptech is also regarded as the industry leader for developers of marine renewable energy projects in the areas of wave and tidal systems and offshore wind projects. The group has experience working with a leading renewable energy technology, Pelamis.

Neptune's Managing Director and CEO Christian Lange said the Ross Deeptech business represents a significant opportunity for Neptune. "Robert Ross has built a strong and sustainable operation in Ross Deeptech as well as a powerful reputation, and Neptune is very encouraged by the business' current and future prospects.

"This transaction represents an excellent opportunity to strengthen and expand Ross Deeptech, as well as bringing a highly experienced team, leading edge technology and valuable skills to Neptune.

"For some time we have flagged our intention to expand into the North Sea region, and Ross Deeptech gives us the foundation to build our presence in this market. The North Sea region is one of the world's largest oil and gas markets. It offers significant scope for Neptune to grow its revenue given the amount of infrastructure that requires ongoing maintenance.

"The key factors that attracted Neptune to Ross Deeptech are the company's outstanding reputation, its highly capable workforce and its enduring customer partnerships. The business has partnered with many of the leading blue chip energy corporations and contracting firms for more than a decade. This has been driven in part by Ross
Deeptech's stable and committed team who will stay in place to strengthen the operation."

"Neptune is very rapidly, but carefully, building a leading subsea and offshore energy services business," Mr. Lange said. "We now have the foundation in place to undertake transactions of greater scale, as witnessed by this opportunity with Ross Deeptech.

"Our customers are also encouraged by our strategy of offering a broader range of complementary subsea services and this is reflected in the size and scope of projects for which we are being invited to tender. Neptune is in the very early stages of establishing itself as a leading global energy services firm. Ross Deeptech marks another important
building block in our growth," Mr. Lange said. 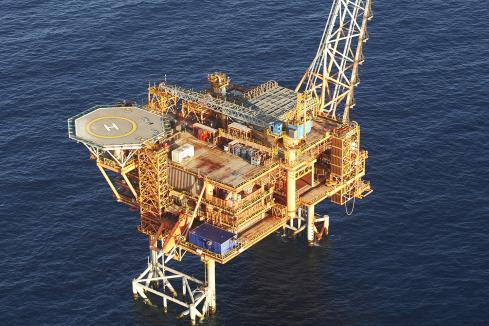