Neon to merge with MEO

Neon Energy may be leaving its Perth headquarters after entering into a merger implementation agreement with MEO Australia, which would create a combined entity based in Melbourne. 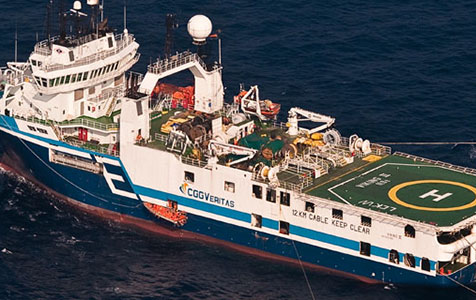 Neon Energy may be leaving its Perth headquarters after entering into a merger implementation agreement with MEO Australia, which would create a combined entity based in Melbourne.

Under the terms of the merger, MEO shareholders will receive 0.74 Neon shares for every MEO share they hold, with both of the company’s shareholders to own a 50 per cent stake in the combined group.

“The transaction will combine Neon’s cash resources with MEO’s diverse portfolio to create a well-capitalised junior exploration and production company, positioned to take advantage of existing opportunities within the combined asset and new ventures portfolios as well as further business development opportunities in the E&P sector,” Neon said in a statement.

The merger implies a value for all Neon shares on a 30-day volume weighted average price of 3.8 cents per share.

The proposed merger would create an entity with pro forma net cast of $37 million.

Corporate overhead costs are expected to be reduced from $8.5 million to $3.5 million as a result of the merger, Neon said.

The merger has unanimous support from both the Neon and MEO boards.

However, a spokesperson for Neon confirmed that the merger may result in a reduction in the head count of the combined group.

“With the head office of the combined group to be located in Melbourne, you could logically assume that there will be a number of people in Perth who will no longer be required,” the spokesperson said.

Neon has five employees based in Perth, including managing director Ken Charsinsky.

In September, Evoworld Corporation placed an unsolicited proportional takeover offer to Neon for 30 per cent of the shares it did not already own in the company.

However, Neon chairman Alan Stein warned the company’s shareholders against taking any action towards the bid in a letter, which stated that the proposal provided no information regarding Evoworld’s intentions for Neon.

In the statement today, Neon said the merger with MEO was a superior alternative to Evoworld’s offer.

It recommended its shareholders vote against the resolution to approve the Evoworld offer and instead vote in favour of the merger.

Neon proposed that the merged group’s financial position would give it a significant advantage over other junior miners and explorers.

If the deal goes ahead, the board of the merged group will consist of two current directors from Neon and two from MEO.

Mr Stein will become chairman of the merged group, while Mr Charsinsky will remain on the board as a non-executive director.

The proposed merger is still subject to shareholder approval.

Neon has appointed Canaccord Genuity as its financial adviser, and Herbert Smith Freehills as legal adviser to the transaction.

Neon shares were in a trading halt today and closed at 3.2 cents per share.