Neighbourhood centres do the business

Western Australia’s neighbourhood shopping centres are among the standout performers for retail asset sales across Australia, with six transactions this year totalling at least $112 million. 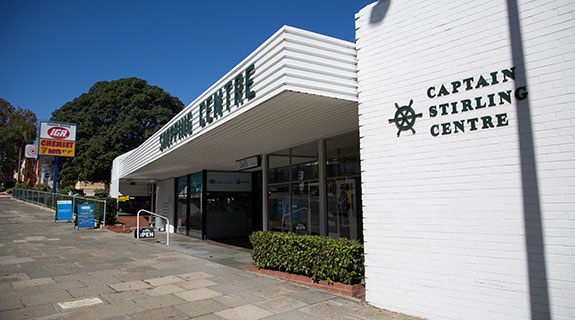 Western Australia’s neighbourhood shopping centres are among the standout performers for retail asset sales across Australia, with six transactions this year totalling at least $112 million.

The local deals were among 13 neighbourhood shopping centres sold nationally this year, according to a new report by Colliers International.

Colliers said the largest deal was the $40 million off-market sale of the Forrestfield Forum & Marketplace, ranked WA’s 51st biggest mall, according to BNiQ, to shopping centre developer Hawaiian in February.

Hawaiian is formulating plans to redevelop the centre.

“Neighbourhood centres have proven themselves to be very resilient to economic ups and downs and an effective inflation hedge,” Mr Werrett told Business News.

“Returns on these assets are now at their highest level since September 2007, and as a result they appeal to a wide range of investors, from wealthy privates to syndicates and institutional investors.”

Primewest launched a $100 million neighbourhood shopping centre trust last year, which purchased a range of centres across different states, a strategy Mr Bond said was extremely popular with its clients.

“What we like about those is we’ll get a diversity of assets across states and different tenants; it’s all about mitigating risk and providing security for investors,” he said.

“Shopping centres are a more secure, safe play for investors who want to get their income monthly and not lose their capital.”

Mr Bond said the security of neighbourhood centres was two-pronged: typically a major supermarket tenant, either Coles or Woolworths, was the anchor tenant and paid half of the rent of the centre; and also the neighbourhood shops were less exposed to discretionary spending.

He said neighbourhood centres had evolved in recent years to be less about fashion and other discretionary goods to become service centres, while there was also opportunity for centres to be tailored to meet the needs of the immediate market.

Cottesloe Central, Mr Bond said, was one example of a centre owned by Primewest that had evolved over time to become specialised in its offering.

“A lot of the fashion has gone and now it’s almost a health and wellness centre,” he said.

“It’s got a big gym that trades very well, we’ve got a GP clinic, we’ve got physio, it’s got podiatry, it’s got an optometrist, a chemist and a really big health food store.

“That’s the sort of mix we really like because it’s a service centre.

“It’s been more than 10 years since we bought it, and we really struggled from the start, trying to fill the vacancies in a traditional way.

“Now it’s full and we’ve also got some office use in there, which is good.”

More deals for suburban shops are expected later this year, with the Insurance Commission of Western Australia listing The Shops at Ellenbrook and the Livingston Marketplace in Canning Vale as part of an $800 million portfolio sell-off in April.

Scarborough’s Luna Maxi shopping centre is also on the market, however, it is expected a buyer of that property would seek to redevelop it into a mixed-use residential and retail/hospitality complex.

That site is also being offered through JLL, on behalf of owner CCI Group.