The shift towards negative interest rate in some countries is a scenario that would have been unthinkable just a few years ago. 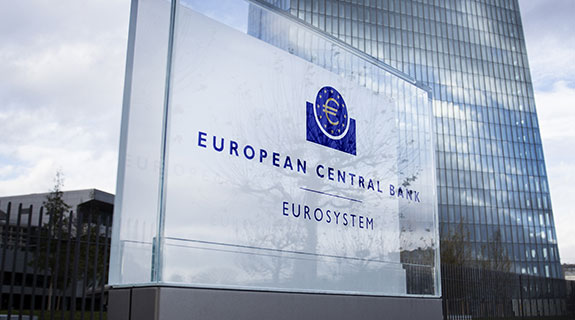 The shift towards negative interest rate in some countries is a scenario that would have been unthinkable just a few years ago.

Yet few realise that about a third of global government debt is currently being offered at a negative yield.

Striking a negative rate is now the policy of the European Central Bank (ECB), with the present going rate being -0.40 per cent, while Switzerland and Sweden are offering -0.75 and -0.35 per cent respectively.

Earlier this year, the Bank of Japan became the latest central bank to adopt negative deposit rating, -0.10 per cent.

A negative interest rate is where an investment bond is purchased with a negative yield.

This is guaranteed to cost the investor money, assuming the bond is held to maturity.

In effect, the buyer is paying the bond issuer for the privilege of loaning it money.

The question, therefore, is why would central banks pursue a negative interest rate strategy?

Negative interest rates hope to achieve two goals – loan growth in the hope that the economy will be stimulated, and a weakening of the local currency, which, in theory, should make exports more attractive.

Sweden in 2009 and 2010, and Denmark in 2012 used negative interest rates to stem hot money flows into their economies.

Also, in 2014 the ECB instituted a negative interest rate on bank deposits, with the intention of preventing the eurozone from falling into a deflationary spiral.

The euro and the Danish krone depreciated by 18 and 14 per cent respectively from June and September 2014, respectively, when each central bank lowered its rate below zero

A new world for borrowers

It seems too good to be true, but for some clients of the Belgian banks, BNP Paribas Fortis and ING, being paid to borrow money for one’s home mortgage was not a dream, but a reality.

The Flemish newspaper De Tijd reports that for those borrowers who, in 2012, closed a variable mortgage loan with these two banks, the interest rate repayment on their home loan has dropped below zero, due to a decline in interest rates.

Instead of paying interest on their mortgage, borrowers now received money from their bank.

However, retiree depositors have quite a different objective.

So when central banks experiment with policies that fly in the face of investor logic, such as charging people to hold their money, there are very often unintended consequences.

The combination of sluggish economic demand and a negative interest rate policy in an economy that still has physical banknotes can result in a run on cash and safes (in which to store currency).

For evidence that savers are beginning to withdraw their money from banks, one need look no further than Japan’s hardware stores for a worrying new sign that consumers are hoarding cash, after the Bank of Japan introduced negative interest rates.

“Signs are emerging of higher demand for safes, a place where the interest rate on cash is always zero, no matter what the central bank does”, the Wall Street Journal reported.

Under the guise of preventing terrorism, it appears the central banks’ solution to the ‘problem’ of the flight to cash is to now push the world closer to a cashless society.

This cuts off depositors’ main escape route from what Europeans are starting to call ‘punishment interest’.

Central planners are doing this by phasing out larger denominations of currency notes, which makes large cash transactions impractical.

Some nations are also prohibiting cash transactions outright, over a certain level.

For example, France recently declared cash transactions over €1,000 to be illegal, down from the previous limit of €3,000.

However, not to be so easily outwitted, investors have responded by taking a shine to gold investing.

The price of gold has rallied massively so far during 2016, gaining nearly 19 per cent in value since the beginning of the year.

Gold is currently trading at just below $US1,238 per ounce, just off its highest level since early last year.

Misallocation of capital deepens the malaise, and an ultimate resolution to this global problem becomes even more costly and difficult.