FOR many in Western Australia, and indeed for large numbers of people around the world, the Telethon Institute of Child Health Research is much more than an institute – it’s an ‘institution’. 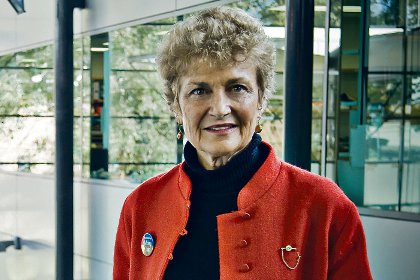 CHALLENGES: Fiona Stanley, who will retire from her post as the director of the institute this year, says the institutes's pioneering child health research model has been adopted by other agencies. Photo: David Jo Bradley

FOR many in Western Australia, and indeed for large numbers of people around the world, the Telethon Institute of Child Health Research is much more than an institute – it’s an ‘institution’.

When director Fiona Stanley and her colleagues started the institute 20 years ago, it put Perth on the global medical research map. In the institute’s recently released 2010 annual report, Professor Stanley said the multidisciplinary approach to tackling the biggest issues in child health was a model pioneered by the institute, and one that many now followed.

The success of the model has been proved by the support for the institute in the way of grants, corporate support and government contracts.

The institute’s gross income for 2010 was $30.6 million across different sources including: international and Australian competitive grants; government contracts; and donations, fundraising, bequests and sponsorship.

Of that figure, $6.3 million came from competitive Australian grants, with $5.9 million of that from the National Health and Medical Research Council. Other grants were from Australian Rotary Health Research Fund and National Heart Foundation Australia.

Considering some of the research coming out of the institute, it’s no wonder supporters come from such a broad range of sectors.

Research into the link between Western diet and ADHD, the effect of vitamin d deficiency on lung growth and function, and whether stress during pregnancy affects language development were among the research projects completed by the institute and recognised.

The $6 million National Health and Medical Research Council grant will this year add to that list, with different research teams at the institute looking at: how respiratory virus infections provoke asthma attacks; prenatal and postnatal risks for autism spectrum disorders; drug resistance and leukaemia; and new research models for discovering how to better manage rare disorders.

The institute received $1.5 million through international grants from organisations including Wellcome Trust UK and Canadian Institute for Health Research.

Professor Stanley said the institute had an open relationship with governments, which led to $5.5 million in government contracts last year – $2.9 million of which was from the state government.

“Our philosophy has been an open door and positive approach, and advice has flown both ways,” she said, adding that the institute had received infrastructure support as well as grants and government contracts.

The institute has significant corporate support as well, with some of Perth’s business heavyweights sitting on its board.

More than $4.4 million of the institute’s funding came through corporate support last year.

At $20.9 million, the bulk of the institute’s $30 million income went to research; after research administration and building services, investment and foreign exchange losses and depreciation and provisions it was left with $156,151 profit.

And while the institute's namesake, Telethon, doesn't appear on the balance sheet, it is still an obvious supporter.

‘‘It is not an overstatement to say this institute has flourished because of Telethon,’’ Professor Stanley said.

As with most not-for-profits, however, Professor Stanley – who will retire as director at the end of this year – believes funding is the crucial issue.

“The challenges ahead for the institute continue around a recurring theme that has been with us from day one – funding,” Professor Stanley said in the annual report.

“The institute’s ability to strategically recruit and move into new fields of emerging research will depend on our effectiveness in raising significantly more funds from the philanthropic and corporate sectors.”