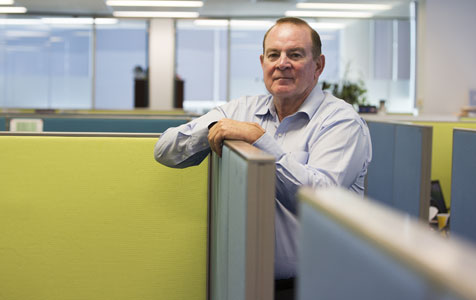 The 12 month sponsorship will allow the team to pursue a continental license and compete at more international races throughout 2015 including a selection of Asian tours and regional events like the tour of Southland in New Zealand as well as the full Australian National Road Series race calendar, it said.

As well as joint naming rights, Navitas branding will be utilised for the team’s 2015 uniform.

“Following on from some sponsorships in 2014, we were interested in exploring other opportunities to support local WA teams to achieve great things,” Navitas chief executive Rod Jones said.

Meanwhile, Mr Jones yesterday said there was a rising number of foreigners who were pretending to be students to get visas.

He said fraudulent applications were coming from a number of higher-risk source countries in “higher than acceptable levels”.

Consequently, Mr Jones said the company had tightened its recruitment requirements to ensure it signs up only genuine students.

“This may result in a temporary slowing of our growth rate,” he said.

Navitas posted a 31 per cent fall in full-year profit in July after write-downs to its university division overshadowed stronger revenues.