The board of Navitas has rebuffed a $2 billion takeover offer from a consortium of investors, which includes co-founder Rod Jones, saying the deal is well below its valuation of the education services company. 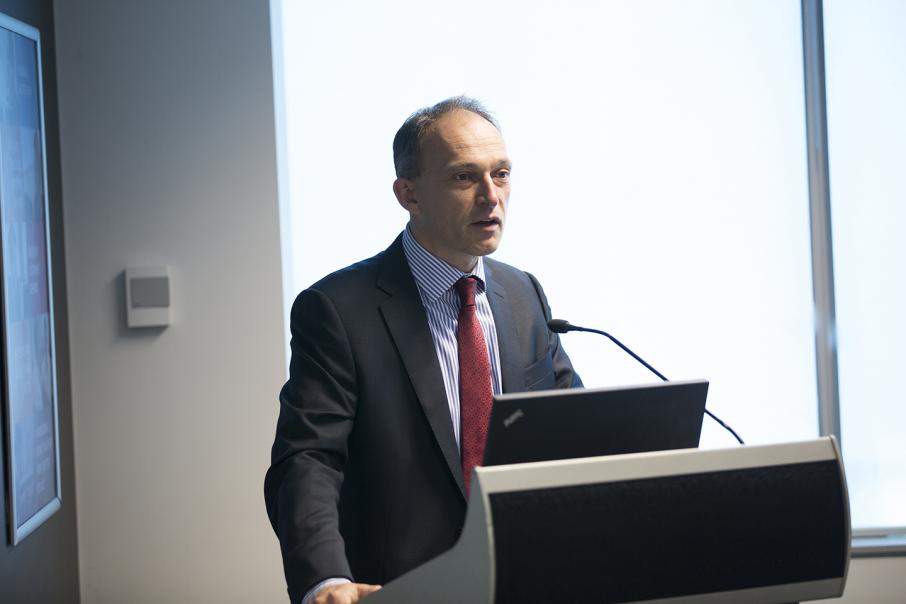 David Buckingham says the company has significant earnings potential in the future.

The board of Navitas has rebuffed a $2 billion takeover offer from a consortium of investors, which includes co-founder Rod Jones, saying the deal is well below its valuation of the education services company.

Navitas received an indicative proposal last month, which planned to offer $5.50 cash per share, or a mix of cash and shares in a new unlisted company that will seek to own the business.

The company said today it had received a further preliminary offer from the consortium on near-identical terms.

“The board of Navitas remains of the view that the proposal is significantly below its assessment of value, having regard to the medium and longer term potential of Navitas,” the company said in a statement to the ASX.

“As such, it has concluded that pursuing the indicative proposal in its current form would not be in the best interests of all Navitas shareholders.”

The company also expressed concern regarding a cooperation and process agreement within the offer, which forces AustralianSuper and Mr Jones to vote against any competing proposal.

“The Navitas board is not inclined to provide due diligence to any party who places restrictions on Navitas shareholders from supporting a superior alternative proposal,” Navitas said.

The company also said it was exploring other potential control transactions with a number of parties.

“A number of these parties have confirmed the board's view that the commitments by AustralianSuper and Mr Jones are potentially an impediment to proceeding with any competing proposal,” Navitas said.

“It is open for the BGH consortium to present its proposal directly to Navitas shareholders by way of a takeover offer.

“Navitas’s growth outlook in the medium and longer term is strong and the company is now at an earnings inflection point,” he said.

“There are multiple drivers already in place to create significant additional financial value, with eight new partner contracts signed or expected to be signed in FY2019 and a strong further contract pipeline.

“The business is now positioned to achieve the financial forecasts implied by its 2020 Targets, and we are forecasting Ebitda of $200 million in FY2021 and targeting to exceed Ebitda of $250m by FY2023.”

The company said it would provide additional details of its assessment of value to the market tomorrow.

Mr Jones stepped down from the Navitas board last week to manage his conflict of interest in relation to the takeover.

He has indicated that he wishes to be reappointed as a non-executive director if the deal does not go through.