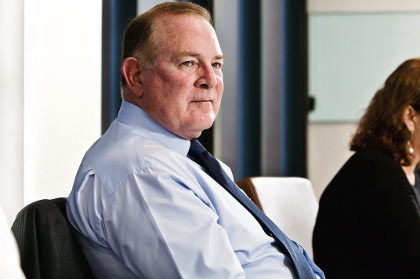 Navitas chief executive Rod Jones says FY2012 was probably the toughest in the history of the company.

Global education provider Navitas says it is expecting a better performance in financial year 2013 after suffering a drop in profit in FY2012 in challenging market conditions.

Navitas announced today that its net profit for FY2012 had slipped by 5 per cent to $77.4 million, with the result negatively impacted by significant depreciation and interest expenses arising from the company’s acquisition of SAE.

Total group revenue was up 7 per cent to $688.5 million, Navitas said.

“However we have been very active in meeting this challenge with a number of strategies implemented including effective stakeholder engagement and cost control measures,” Mr Jones said.

“We are now starting to see signs of greens shoots following several years of very tough conditions,” he said.

“The external environment in key markets is improving for all divisions, Navitas has reduced costs and is more efficient and the Parthenon review is providing us with a robust framework for future growth.

“On this basis, we are confident of steady growth into FY13 and beyond.”