Education provider Navitas has announced a slowing of growth for its university programs division, due to stricter entrance requirements put in place to combat fake applications from foreigners. 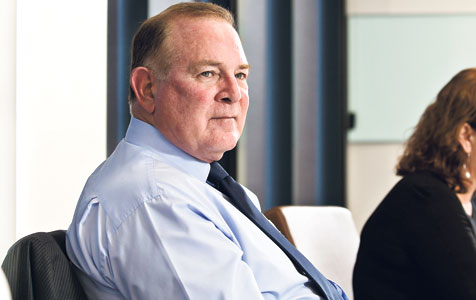 Education provider Navitas has announced a slowing of growth for its university programs division, due to stricter entrance requirements put in place to combat fake applications from foreigners.

Full-time enrolments for the company’s university division for semester three had increased by 7 per cent against semester three 2013 enrolments, almost half of its 2013 growth of 13 per cent for the same period.

Navitas chief executive Rod Jones announced at the company’s annual general meeting earlier this month that recruitment requirements had been tightened, following a rising number of foreigners pretending to be students to get visas.

He said the fraudulent applications were coming from an increased number of higher-risk countries in “higher than acceptable levels”.

The non-genuine student applications came from Nepal and India in 2013 and early 2014, with the semester three 2013 period the highest point of recruitment from these countries.

This period marked the higher than average 13 per cent increase in enrolments.

“Significant enrolment increases from these markets across the Australian higher education sector over 2013 and 2014 led us to carry out additional quality checks which alerted us to cases of fraudulent documentation and higher incidences of student withdrawals,” Mr Jones said in a statement.

“The Department of Immigration and Border Protection has notified all higher education providers to be vigilant with their checks for similar reasons.”

He said demand remained strong across all key source countries and the company was well positioned to improve growth rates in the long term.

The company lifted its underlying earnings to between $162 million and $172 million, a rise of at least 12 per cent from the previous year.