Navitas co-founder Rod Jones attacked the company’s earnings forecasts at today’s annual meeting, as chairman Tracey Horton was narrowly re-elected with 50.8 per cent of the vote. 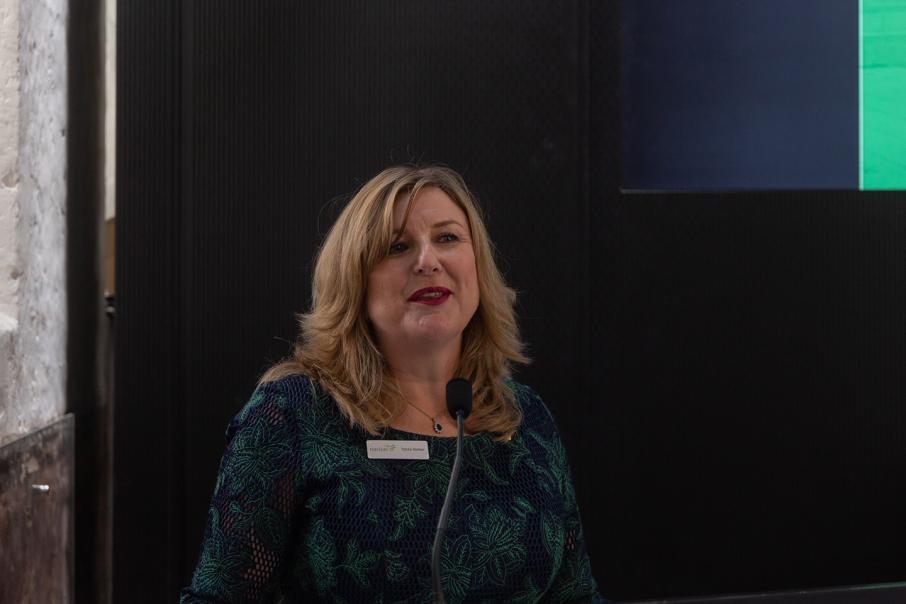 Navitas co-founder Rod Jones attacked the company’s earnings forecasts at today’s annual meeting, as chairman Tracey Horton was narrowly re-elected with 50.8 per cent of the vote.

Mr Jones is part of a private equity consortium that submitted a $2 billion takeover proposal, which the Navitas has rejected.

The company released earnings forecasts in response to the takeover offer.

Navitas has provided estimates for upcoming financial years out to 2023, when it is targeting earnings before interest, tax, depreciation and amortisation in excess of $250 million.

The medium term forecast in FY21 was $200 million.

Mr Jones questioned the validity of the longer-term projections.

“To be honest, I’ve spent 23 years with this company, I’m really, really struggling with those outer projections,” he said.

“I don’t believe they’re backed up with solid data and to make a projection five years out is very, very dangerous.

“I think it’s very dangerous to put out projections like that, because number one; so much can change in between, and, number two; I think they’re based on, potentially, all upside with no risk.”

Navitas received an indicative proposal last month, which planned to offer $5.50 cash per share, or a mix of cash and shares in a new unlisted company that will seek to own the business.

The company received a further preliminary offer from the consortium on near-identical terms, which was rejected this week.

“From my perspective, I see this price as being fair and reasonable and that’s one of the reasons I’m backing this bid because I know what the next two years are going to be like,” Mr Jones said.

There were 46.6 million abstention votes.

Interestingly, Ms Horton had 158 million votes from the proxies, with some shareholders changing their vote following the meeting.

In her address to the meeting, Ms Horton noted the proxie votes against her.

“Some shareholders discussed their votes with me, and directly linked their voting intentions to the board’s decision regarding whether to grant due diligence to the BGH consortium,” she said.

“Recognition of shareholder views is essential, although it is as I said the fiduciary obligation of directors to consider the best interests of all shareholders and to do so in terms of medium to longer-term valuation considerations.

“A significant vote against my re-election will not influence the independent collective judgment that the board is required to make on such matters and the obligations of all directors to pursue the best interests of all shareholders without fear or favour.

“In this case, the current judgment of the overall board is to reject the indicative proposal.”

“If there is any question about Tracey's re-election, it has arisen only because the consortium and certain other shareholders have sought to use the timing of the AGM and the fact that Tracey is up for re-election in an attempt to exert pressure on her and the rest of the board in relation to a proposal that the board has determined is not in the best interests of all shareholders,” he said.

“The board has not and will not bow to that tactical use of pressure and unanimously recommends the reappointment of our chair, Tracey Horton.”

All other motions were passed at the meeting.

Shares in Navitas finished flat at $5.12 each today.