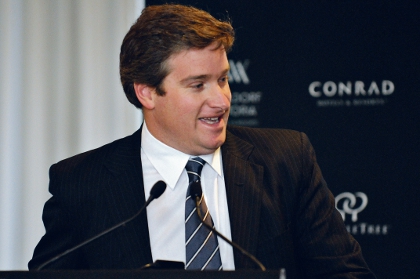 The WA Nationals have ruled out forming government with Labor should they again hold the balance of power at the next state election.

State president Colin Holt said the Nationals would not preference Labor ahead of the Liberals in any lower house seat, despite media reports suggesting the party was open to forming a new alliance.

“We know that Labor wants to use preferences to get rid of Royalties for Regions, a move that regional voters will find offensive,” he said.

“Labor has ruled out forming government with the Nationals and the feeling is mutual.”

Mr Holt said reports suggesting the Nationals would preference Labor and the Greens ahead of the Liberals were the result of “mischievous” political tactics.

“The Liberal Party is trying to create the impression that voting for them is the only way this government can continue,” he said.

“Country people see through this, they understand that without the Nationals holding the balance of power, that means returning to a government that overlooks the needs of regional areas.”

Labor leader Mark McGowan declared last month he would not “under any circumstances” negotiate to form a government with the Nationals.

The Nationals have targeted several traditionally strong Labor seats at the next state election, with party leader Brendon Grylls set to quit his Central Wheatbelt seat in a bid to secure the Pilbara seat.

Western Australians are set to go to the polls on March 9 this year. Premier Colin Barnett today accepted an offer from the ABC to host a live televised leader’s debate in February but resisted calls from the Labor party to take part in three separate debates across the state.