Brendon Grylls was something of a change-agent when he got the Royalties for Regions policy implemented, but his plan to tax iron ore tonnages has business worried. 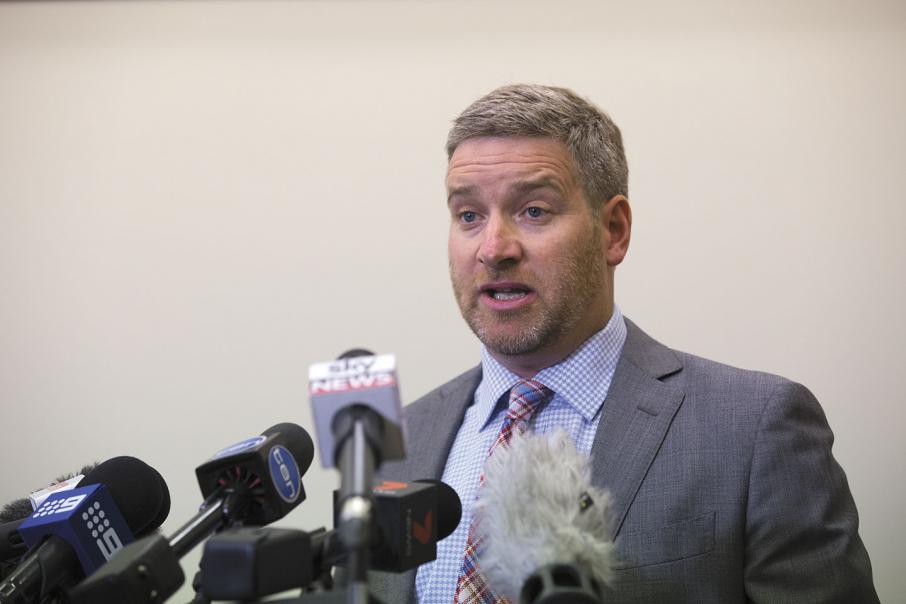 PUSH: Brendon Grylls made waves at the 2008 state election and appears set to do the same in 2017. Photo: Attila Csaszar

Brendon Grylls was something of a change-agent when he got the Royalties for Regions policy implemented, but his plan to tax iron ore tonnages has business worried.

The National Party’s leadership convulsions have added a new dynamic to Western Australian politics, with grave implications for stable government, the Liberal Party, and business confidence.

Brendon Grylls’ surprise move to regain his party’s leadership, which he voluntarily gave up three years ago, has been audacious in the extreme.

It’s not as though his successor, Terry Redman, has been lacklustre; but obviously the restless Mr Grylls believes he can do better.

His immediate goal has been to improve the position of his party, with the state election now just seven months away. The Nationals’ poor polling in the July federal election set the alarm bells ringing. If repeated next March, several of its 12 state MPs would be swept away.

Mr Grylls drove the implementation of the Royalties for Regions program in 2008.

It filled a vacuum created by both the Liberal and Labor parties, which had previously overlooked the wealth-creating regions when the budget spoils were distributed.

There have been questions over the transparency and clarity of some of its big-spending projects, which warrant close scrutiny under the ‘value for money’ test, but they have been vote winners.

Mr Grylls believes the Nationals-Liberals alliance government will lose next year with its existing policies. It is trailing Labor in opinion polls and Liberal leader Colin Barnett is behind Labor’s Mark McGowan as preferred premier. Mr Grylls believes policies need to change, and has strongly hinted that a new premier is needed, too.

The Liberals would prove themselves to be a compliant shadow of the party once led by Sir Charles Court if they took that lying down. Will the alliance fracture?

Added to that is Mr Grylls’ proposal for iron ore giants Rio Tinto and BHP Billiton to pay a flat $5 a tonne tax, on top of the current royalty regime based on fluctuating prices. This would raise more money, but there has been no mention of Andrew Forrest’s Fortescue Metals Group or Gina Rinehart’s Roy Hill Holdings.

What does that mean? Foreign investors are bad while local investors are good? How does he think the resources sector is financed? It’s trying to change the rules in the middle of the game.

Or is it just going for a short-term vote-winning fix, get the March poll out of the way and then use the streaker’s defence that ‘it seemed like a good idea at the time’.

Finally it comes down to a matter of stability and trust. Investors will enter the market if the rules are clear. Mess with the rules and the Nationals just might be short-term winners.

But what it would do for WA’s reputation for political stability and as a place to do business is the real test.

BOTH Kevin Rudd and Tony Abbott have had their turns in the prime ministerial spotlight; but neither is prepared to fade from centre stage. Not yet anyway.

They had their years at the top cut short by brutal party room coups. Mr Rudd’s removal shocked an unprepared public. Mr Abbott’s did not.

The problem is that Mr Rudd and Mr Abbott have – apart from brief stints in diplomacy and journalism respectively – been career politicians. They can’t let go.

They should emulate previous leaders such as Bob Hawke, Paul Keating and John Howard and just step back, because the alternative to their intrusions is more of the muddled government and confused messages that the nation has experienced since the Howard government’s defeat in 2007.

The Turnbull administration desperately deserves some clear air, but not a clear run. Voters can then decide its future in three years’ time.

Mr Turnbull appears to be too aloof. To be a man of the people and shrug off the ‘Mr Harbourside Mansion’ tag linked with his Point Piper abode, one easy move would be to shift into The Lodge when in Canberra and Kirribilli House when in his home city (both taxpayer provided). Good enough for Mr Howard, why not the current PM?