Despite the deteriorating budget position, WA’s Nationals won’t hear of a review of their signature policy. 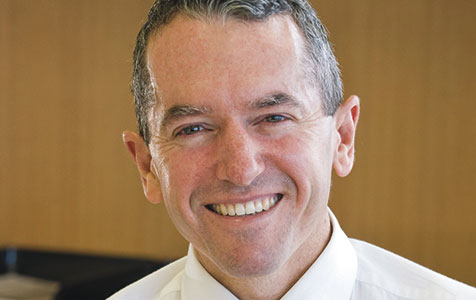 The Nationals didn't waste any time circling the wagons after a city-based assault on their prized Royalties for Regions policy. Their message? The policy works well – it's certainly a vote winner in the bush – and it doesn't need to be amended.

It was a wide-ranging review of the state's infrastructure needs by the Chamber of Commerce and Industry WA that spooked the Nationals – in particular its suggestion that the royalties policy be reassessed.

The Royalties for Regions strategy was the brainchild of the Nationals for the 2008 state election campaign. Neither the Liberal nor Labor parties were initially keen to endorse it, because of the key requirement to earmark 25 per cent of royalties income as top-up money for projects in the bush. It removed essential budget flexibility in prioritising spending.

But when the election produced a hung parliament, both Liberal and Labor scrambled to accommodate the Nationals, and the Liberals won. Now, with the budget heading for a $1 billion deficit, pressure is growing for a policy change.

The dilemma was spelt out in the CCI's review, which made the reasonable assertion that funds must be allocated where they will deliver the greatest benefits for the state.

"There is little transparency about where the (royalties) funds are currently being directed and it is unclear whether funds are being used for priority projects," the review said.

"In the immediate term, this must be addressed to ensure scarce taxpayer resources are delivering projects that enhance the overall efficiency and productivity of the state."

Nationals' suspicions about the CCI's motives would be heightened by the fact that the chamber's chief executive is Deidre Willmott, formerly chief of staff to Liberal premiers Richard Court and Colin Barnett; but that's another story.

Not surprisingly, Nationals leader and Regional Development Minister Terry Redman gave the CCI's concerns short shrift, telling parliament that the program accounted for just 3 per cent of the budget.

"When we went into the current 2014–15 budget, we made adjustments to the program to give it a $1 billion expenditure limit," Mr Redman said. "That was an absolutely prudent approach to take to the state government's financial situation. It also preserves the integrity of the program. We have also made adjustments to some of the funding programs, notably, the country local government fund. We are making changes within it to respond to the needs of the state.

"In terms of transparency and rigour, we will not get a more transparent program than Royalties for Regions. It has its own section in the state budget."

The CCI review also questioned the Future Fund, introduced in 2012 by then treasurer Christian Porter when the coffers were flush with dollars. The idea behind the fund is to earmark some of the boom time money for future generations. Good in theory, but would that money be better utilised for future generations if it was spent now?

In fact previous governments from both sides have allocated big amounts from windfall gains for major capital works projects. They include the proceeds from the $2.4 billion sale of the Dampier to Bunbury pipeline by Richard Court's government in 1998, and funding of the Mandurah to Perth railway line and the Fiona Stanley Hospital by Geoff Gallop's administration.

So do we really need a Future Fund, which was championed in some sections of the media three years ago before Mr Porter's decision? Times have certainly changed.

Referring to the fund, which is expected to reach $1.3 billion by mid 2018, the CCI says: "While the introduction of a Future Fund will preserve wealth for future generations, it will not necessarily maximise it. Maximising wealth today will deliver benefits for both current and future generations."

Ideally government should have real flexibility in determining budget policy settings. But that flexibility was surrendered by the Liberals when they accepted the Royalties for Regions structure; Labor would have too, although a slightly different model, as well as the Future Fund.

The CCI received backing for its Future Fund strategy from Labor's treasury spokesman Ben Wyatt, who noted it would be better to pay off accelerating state debt (now around $25 billion) than continue with the fund. Record low interest rates aren't helping either.

It was good lateral thinking by Mr Wyatt, and it would be reasonable to assume that Treasurer Mike Nahan, in his pre-political days with the Institute of Public Affairs, might have been inclined to agree.

However Dr Nahan has poured cold water on the suggestion. But at a time when the government needs all the money it can get, absorbing a bit of pain and back tracking on the fund might not be such a bad move.

Past experience however shows that, with regard to the fund, turning back the clock in government seems to be almost impossible.

And as far as the Nationals are concerned, don't even mention Royalties for Regions.