A national review has recommended all state governments establish a system of statutory trusts for building projects above $1 million as part of a package of measures to tackle the impact of company failures and late payments on contractors. 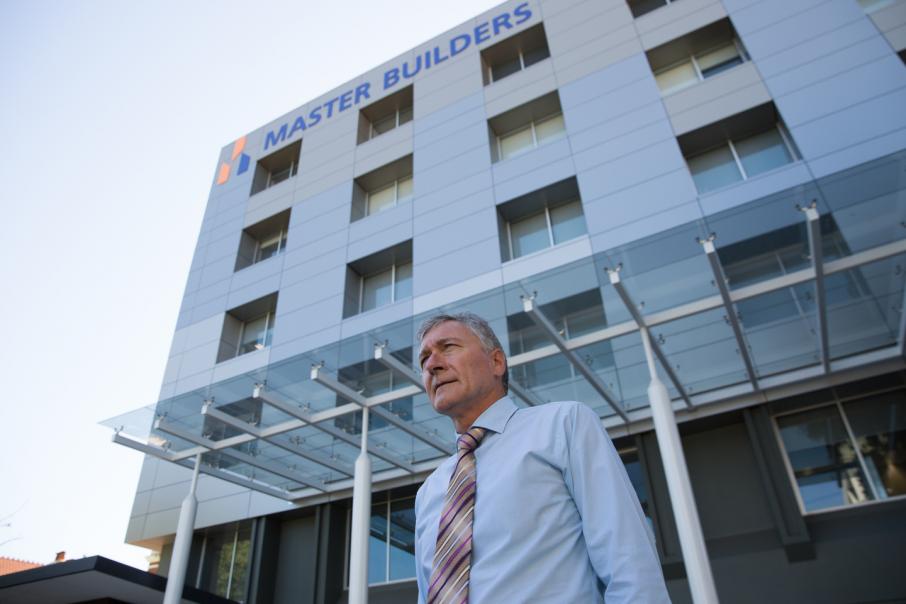 Michael McLean says the next step involves working through the report in its entirety to determine what’s best for WA. Photo: Attila Csaszar.

A national review has recommended all state governments establish a system of statutory trusts for building projects valued at more than $1 million as part of a package of measures to tackle the impact of company failures and late payments to contractors.

The national review was announced in December 2016 to identify areas of best practice for the construction industry, with an aim to improve consistency in security of payment laws and the level of protection governing subcontractors.

The final report was delivered to federal parliament in December 2017 and was publicly released today.

John Murray, the former executive director of Master Builders Australia’s national division, who has experience in building contract disputations and security of payment legislation, was commissioned by the federal government to conduct the review with assistance from the federal Department of Jobs and Small Business.

For the past 18 years, each state and territory government has progressively introduced security of payment laws with the main aim of facilitating prompt payments.

All jurisdictions, other than Western Australia and the Northern Territory, have followed the Building and Construction Industry Security of Payment Act 1999 (NSW), where these regimes have come to be referred to as the ‘east coast model’, although there are still some variances between states and territories.

The regimes that are in play in WA and NT have been based on a different model, commonly known as the ‘west coast model’.

Despite the final report noting that, while there had been some improvements in payment practices within the construction industry during the past 18 years, some major problems remained including: legislation complexity resulting in confusion; the variable quality of adjudication decisions; an imbalance of bargaining power within the contractual chain; suggestion of conduct by head contractors discouraging subcontractors from pursuing their entitlements; and the perennial issue of late payments.

The final report’s consideration of these issues and stakeholder’s feedback has resulted in Mr Murray presenting a total of 86 ideas for implementation on best legislative practice.

Among Mr Murray’s key recommendations are; the endorsement of the East Coast model, especially that model existing in NSW, as the preferred system for enabling the prompt payment of progress claims; and the establishment of a system of statutory trusts to apply throughout the contractual payment chain and to certain construction projects over $1 million.

The report states that the east coast model is considered best to achieve prompt payments as its legislation includes a provision that requires the recipient of a progress payment claim to respond within a set time period; the failure to do so results in the amount owed considered a debt and so is capable of being enforced in court.

According to the report’s analysis, under the west coast model, a party that has failed to reply to a payment claim faces ‘no immediate consequences’.

The proposition to implement a cascading statutory trust was largely driven by the need to protect progress payments for those that are rightfully due, with the report finding that there was little protection given to secure payments to contractors who work at the base of the contractual chain.

These findings have also been echoed on a local level following the collapse of Cooper & Oxley Builders earlier this year, with subcontractors since claiming to be owed upwards of $5 million in unpaid wages.

The final review of security of payments report stresses that ‘only such a statutory trust would secure the payments of all subcontractors, including the most vulnerable at the base of the contractual chain’.

Mr Murray has also suggested that, ultimately, security of payment should be approached on a national level in order to be cohesive and to be dealt with in a cooperative manner, and that involvement of the Australian government was the only clear way to achieve a nationally consistent and effective set of security of payment laws.

As a result, the implementation of the review’s best practice recommendations will require the federal government, state and territory ministers to work together.

Master Builders Association of WA director Michael McLean said the review was useful, timely and welcomed by the industry.

“We now need to work through the report in its entirety to see what’s best for WA and in time the WA government will need to work collectively with its state and territory counterparts if the commonwealth want to take up the mantle to come up with a uniform system, a best practice model,” Mr McLean told Business News.

“History suggests there is great reluctance in states to give ground to a uniform legislative framework.

“Our legislation in WA is not perfect and it can be improved.

“There are various parties in the contractual chain that need additional protection so some of his recommendations go to making the timelines (of payments) more specific, a little shorter in some respects, making the rapid adjudication process more accessible … these are all recommendations we support, in principle.”

“So as long as we recognise that there are obligations across the whole contractual chain it’s something we would be happy to embrace but to just have a statutory trust model for subcontractors won’t be sufficient to solve the problem.”

In February, the state government announced its own review to improve the security of payments for subcontractors and established an Industry Advisory Group, chaired by barrister John Fiocco.

The 14 industry groups to be consulted during the review, including MBA WA, will also look at the need for new (or amendments to existing) legislation to provide fairer contracting practices.

The first IAG meeting was held in March.

“It (the national review) could well be a two part exercise because any move to a more uniform national system of security of payment is going to take some time,” Mr McLean said.

“And I don’t think we should just shelve Fiocco and wait for a national outcome; we could be waiting 18 months or so.”

Master Builders Australia chief executive Denita Wawn said the more than 300 page report was a comprehensive contribution to an important issue right through the contracting chain.

“Everybody who is entitled to be paid should be paid,” Ms Wawn said.

“The history of security of payment law shows that more regulation does not always mean better outcomes on the ground, particularly for small subcontractors.” and

Ms Wawn urged all stakeholders to consider the report’s 86 recommendations in a sensible and practical way and said the association would contemplate its proposals following extensive consultation with its 32,000 members across Australia.

“Naturally there will be a range of views given the existing differences from one jurisdiction to the next, and we hope the focus can be on finding common ground,” she said.

Subcontractors WA chair Louise Stewart said the Mr McGowan went to the last election promising to strengthen laws and regulations to better protect subcontractors and their employees but had so far failed to act on that promise.

“Given that more than 30 construction businesses in WA have collapsed in the past two years owing subcontractors millions of dollars for works completed, this is bad news for the McGowan Government,” Ms Stewart said.

“The longer the WA Government delays, more subcontractors will lose their businesses, their homes and in some cases their families – and their employees suffer the same way, too. The social and economic impact is terrible.”

Unlike Mr McLean, Ms Stewart said the state-based Fiocco review should be wound up.

“The IAG talk fest should be abandoned immediately and the recommendations of the Murray Report implemented," she said.

“Recent submissions made by the IAG show there are too many stakeholders with vested interests who don’t care about the loss, pain and suffering inflicted on subcontractors and their families by builder insolvency.

“The longer the state government stalls, the more damage will be done.”