Naracoota Resources has announced plans to exit mining and enter the tech sphere through the reverse takeover of a health informatics company backed by Perth technology entrepreneur Nathan Buzza, in a deal worth $12.4 million. 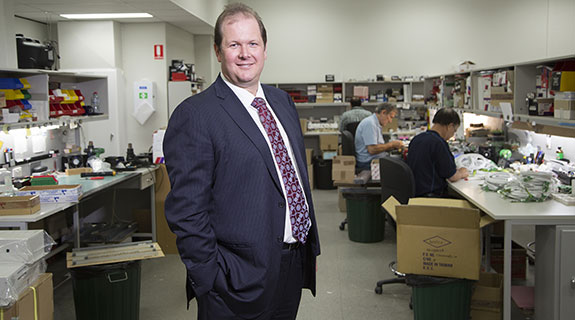 Naracoota Resources has announced plans to exit mining and enter the tech sphere through the reverse takeover of health informatics company Alcidion Corporation, backed by Perth technology entrepreneur Nathan Buzza, in a deal worth $12.4 million.

Naracoota will offer 400 million of its shares at 3.1 cents each to acquire the South Australia-based business, and will also issue a number of share rights, subject to Alcidion meeting certain revenue milestones.

Mr Buzza was the 2003 Business News 40under40 First Amongst Equals award winner.

In order to comply with ASX relisting rules, Naracoota has engaged Patersons Securities as lead manager for a $2 million capital raising at 3.1 cents per share.

If the acquisition is successful, Naracoota directors Gavin Wates and Tom Bahen will step down from the board, to be replaced by Mr Buzza, Alex McNab and Alcidion co-founders Ray Blight and Malcolm Pradhan.

The company expects to begin trading on the ASX under its new business model by the end of November.

About $15 million has been spent on Alcidion’s development to date, with the company live in 11 sites, including three Western Health hospitals in Victoria.

Alcidion reported a 36 per cent increase in revenue for the 2015 financial year, to $5.18 million.

Naracoota shares were down 7 per cent on the news to 5.3 cents each at 10am.