Treasurer Mike Nahan has said encouraging private investment in the Pilbara electricity grid could reduce its excess capacity and also energy prices in the north west, at a Committee for Economic Development of Australia lunch today. 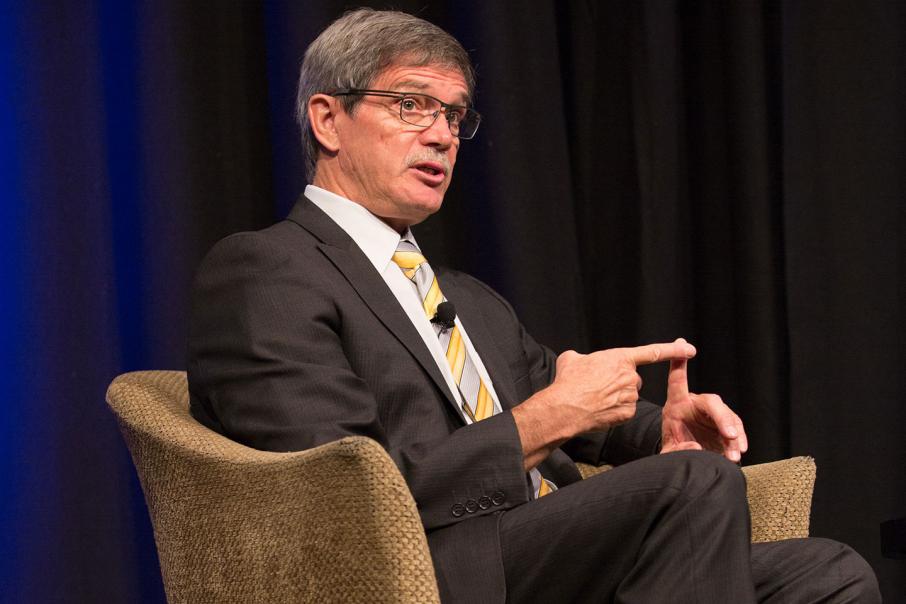 Dr Nahan is pursuing a reformist agenda in the energy portfolio.

Encouraging private investment in the Pilbara electricity grid could reduce its excess capacity and overall energy prices in the north-west, Treasurer Mike Nahan told a Committee for Economic Development of Australia lunch today.

Two possible avenues were allowing grid access to private utility Alinta Energy, and the sale of Horizon Power’s distribution assets, the latter of which was announced in the state budget, he said.

Alinta already has a power station and some distribution assets in the area, which is overall known as the North West Interconnected System.

“It might cost us money, because they (Alinta) will come and compete for our (Horizon’s) customers but competition is good even if it costs sometimes,” Dr Nahan said.

“The government’s objective should be competition, not restricting competition to make monopoly profits.”

The negotiation should be completed before the end of the year, he said.

Dr Nahan said there was about 2,700 megawatts of capacity in the system with peak loads just more than half that.

A light-handed regulatory system would be developed, too, with assistance from Western Power chairman Lyndon Rowe, who formerly led the Economic Regulation Authority.

Horizon’s north-west transmission and distribution assets in the NWIS will be sold in a move flagged in the May state budget, with potential to raise $600 million.

Having an independent provider would make it easier to break down barriers with the private sector to share and encourage coinvestment, the treasurer said.

That would free up some of the capital invested in electricity systems by private miners, for example.

“This has the potential to finally facilitate the development of a major grid in our north west,” Dr Nahan said.

The distribution assets would have huge expansion capacity and hence he expected it would be an in demand asset.

The future of Western Power was also on the agenda, although Dr Nahan did not focus on potential moves to lease the utility in his speech.

The best example was of Jeff Kennett’s government in Victoria in the 1990s, which sold electricity networks as part of a strategy to pay down state debt.

More recently, the sale of Transgrid and Ausgrid in NSW was helping fund a multi-billion dollar infrastructure investment package, and helping refresh the state’s balance sheet.

There were additional benefits, Mr Alcock said, with evidence suggesting sale of networks on the east coast had helped keep downward pressure on prices.

Another issue was disruption across the sector from the rise of small scale solar panels and batteries.

Western Power acting chief executive Guy Chalkley said grid volumes had fallen 17 per cent in the past five years, while peak demand had continued to increase.

On fringe parts of the network, Western Power was trying a range of small scale projects, such as usage of battery storage, to make fixed capital investments more flexible.

That was an approach being taken by Horizon Power too, Dr Nahan said, and one where Western Australia would develop a comparative advantage.

Modular turbines, as an example, could be easily displaced in the event of disruption.