The state government has hit back at a number of claims made by a new power industry lobby group, calling its campaign a scaremongering tactic run by companies seeking to protect their taxpayer-funded incomes. 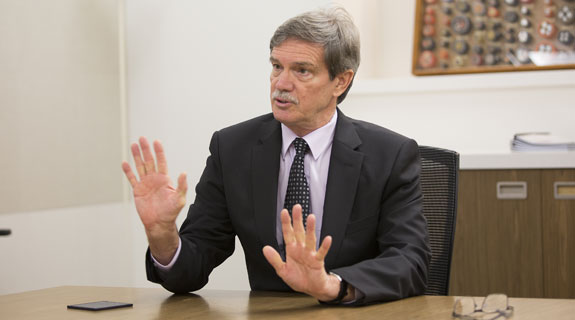 The state government has hit back at a number of claims made by a new power industry lobby group, calling its campaign a scaremongering tactic run by companies seeking to protect their taxpayer-funded incomes.

The campaign by Western Australians for Lower Power Prices, which yesterday released polling results showing 57 per cent of residents were less likely to vote for the Liberal Party if electricity prices were to rise, has been created to defend the demand side management (DSM) component of WA’s ‘capacity market’.

Because WA’s isolated electricity network does not have the connections and backups found in the much larger national electricity market, its capacity market was designed to ensure sufficient power supplies are available.

Demand side management providers, typically large electricity users, are a major component of the capacity market and receive payments to reduce or shut down their power use during peak demand periods.

However, due to a massive oversupply of electricity in WA’s market, demand side management has been called on very infrequently.

It retains its critics which call it unnecessarily expensive, as well as its supporters, which view it as an integral backup system that could be improved with reform.

Business News reported claims yesterday by the lobby group that if the state government scrapped the capacity market it would lead to extra $107 million in costs each year, an impost that would be passed on to consumers.

However, Energy Minister Mike Nahan told Business News the group’s comments were unsubstantiated and part of a campaign that included elaborate attempts to misinform WA consumers.

“This latest campaign is nothing more than further scaremongering by vested interest groups aimed at protecting their profits,” Dr Nahan said.

“I challenge WA for Lower Power Prices to present a transparent methodology and validated assumptions which confirm this ($107 million) figure.”

He also called newspaper and radio advertisements paid for by the lobby group saying that the removal of DSM would result in a 10 per cent increase to every Western Australian power bill, create unnecessary greenhouse gases and reduce the competitiveness of WA businesses “unfounded”.

Western Australians for Lower Power Prices spokesperson Richard Wilson said the minister was being disingenuous about DSM and defended the $107 million figure.

He said this amount had been independently verified by global energy economist firm The Brattle Group, whose calculations were freely available.

“It is worth noting the Western Australian government have themselves contracted The Brattle Group to assist in the developing WA electricity market reform. To attack these calculations is to attack its own reform process,” Mr Wilson said.

Dr Nahan told Business News DSM providers were paid more than $360 million in the 10 years to mid 2015 and during that period were only called on for eight days, including testing periods, resulted in a total 106.5 hours of use.

“It was a cost to WA electricity consumers that was completely unnecessary.

“It is no surprise that some of the businesses, currently being paid millions of WA taxpayer dollars each year for a service that has not been called upon in the Perth metropolitan area since 2011, are fighting to ensure they protect that taxpayer-funded income.”

Mr Wilson said analysis from The Brattle Group had shown the only beneficiaries from removing DSM would be power generators, including those of state-owned Synergy, which would receive higher sources of capacity revenue.

“It is unsurprising the minister is trying to maximize Synergy’s revenue by removing competition through the expulsion of DSM from the market, but it doesn’t change the fact this is wrong, because WA consumers will be $107 million worse off than if DSM were kept in the market,” he said.

Dr Nahan also responded to a separate comment by Mr Wilson that this week’s high temperatures had exposed the fragile condition of the state’s power network, highlighting the importance of maintaining a capacity market that relied on demand side management.

“Recently, WA has been through a significant period of high temperatures and challenging weather conditions whereby power supplies have been impacted, however DSM has not been required,” Dr Nahan said.

Mr Wilson said changes to market rules were likely to result in DSM being used more.

“This is in the minister’s power, yet instead he seeks to remove DSM in order to prop up Synergy, which will unnecessarily raise costs to consumers,” he said.

Dr Nahan countered, saying the claim Synergy would stand to be the biggest beneficiary if DSM was removed was also false.

"Synergy is a DSM provider and therefore stands to lose if DSM is reduced," he said.

"The claim that this would lead to higher emissions as Synergy’s fossil fuel-fired plant would be increasingly called on is also blatantly untrue. That is because there is currently 1000MW of excess capacity in the market and if the entire DSM portfolio (550MW) was removed from the market, no plant, whether it be traditional or renewable generation, would need to increase production to cover its loss."