Nahan in the hot seat

Opinion: Despite taking on the unenviable job of opposition leader after a huge election defeat, Mike Nahan is still making his voice heard. 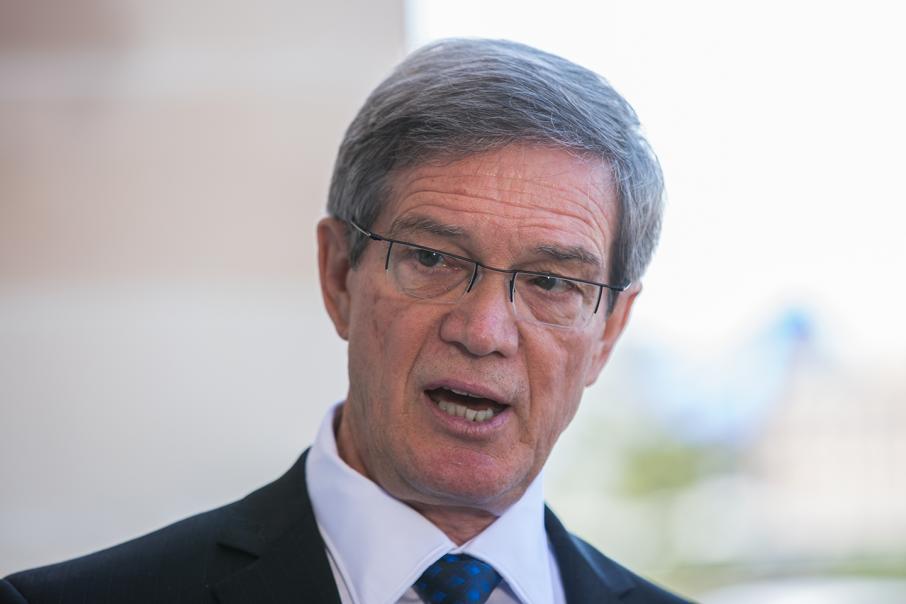 Mike Nahan only agreed to nominate for the top job after Liza Harvey declined to take over from Colin Barnett.

Despite taking on the unenviable job of opposition leader after a huge election defeat, Mike Nahan is still making his voice heard.

History tells us that opposition leaders who take on the role after their party has just lost government inherit a poisoned chalice, particularly in Western Australia.

At all elections post WWII, not one has ended up behind the premier’s desk at the next poll.

The usual practice is for the defeated premier to stand down, or face (and lose) a party room ballot when a fellow party member thinks he or she has the numbers to take on the role.

The Liberal incumbent, Mike Nahan, would have known this when he agreed to stand for the leadership after his party’s wipeout at the general election 17 months ago.

In fact Dr Nahan only agreed to nominate for the job after the outgoing deputy premier, Liza Harvey, decided not to succeed Colin Barnett, who had led the party since August 2008 and was standing down after the election defeat.

Taking the leadership in such circumstances has been something of a political dead end.

Dr Nahan does not have history on his side.

The previous opposition leader after an earlier election defeat was Labor’s Eric Ripper, who stepped up when Alan Carpenter decided to bow out of the top job after taking his party to a disastrous early election in 2008.

Mr Ripper had been a very successful treasurer during the eight Labor years.

While helped by a massive jump in revenue thanks to the resources boom, he also kept a relatively tight rein on spending, and presided over record budget surpluses and the virtual elimination of state debt, as well as earmarking large sums for future major projects.

But that didn’t save him from being challenged, first by Ben Wyatt in 2010 (unsuccessful) and 12 months later by the current premier, Mark McGowan (successful).

And the earlier experience of the Liberals, after Labor’s Geoff Gallop toppled the two-term Richard Court coalition government in 2001, could not have been messier.

Colin Barnett had succeeded Mr Court in a botched handover during which current foreign minister Julie Bishop was duchessed to switch from Canberra to Perth to lead the Liberals.

She wisely accepted (then) prime minister John Howard’s counsel to remain in the federal sphere, and Mr Barnett got the job he rightly believed to be his after almost nine years as deputy.

But when Mr Barnett stood down after his unsuccessful tilt against the Gallop government in 2005, the opposition leadership became a revolving door – Matt Birney (12 months), Paul Omodei (21 months) and Troy Buswell (six months).

Then, Mr Barnett regained the job at the death knock and took his party into power.

So history is stacked against Dr Nahan in his attempt to oust a Labor government just four years after it scored a record breaking win with 41 seats in the 59-seat Legislative Assembly.

But the fact is that the Michigan-born former policy wonk has done better in the job than most imagined.

David Honey won the Cottesloe by-election to replace Colin Barnett with an increased vote, and the party’s Alyssa Hayden wrested the Darling Range seat from Labor in the recent hotly contested by-election.

Dr Nahan got himself into hot water while recalling these by-election successes during his recent speech to the Liberal state conference.

In essence, he found there was very little reliance on mainstream media by voters in the outer metropolitan seat.

No real surprise there, but his comment that voters didn’t read The West Australian, watch the evening TV news bulletins or listen to talk back stations 6PR and the ABC’s 720 attracted the most attention.

Saying voters ‘didn’t read The West Australian’, as well as the other points, was an exaggeration, of course.

It obviously struck a sensitive note at the paper, which took umbrage and called for Dr Nahan to go, although there is no obvious successor.

The sooner the two kiss and make up the better.

Effective oppositions are crucial in our system of government.

So is a media that operates without fear or favour.