Treasurer Mike Nahan will embark on a regional pitch for the sale of Fremantle Ports, today revealing that the package could include a redevelopment of the passenger terminal, and a long-term fund to pay for infrastructure at the future outer harbour. 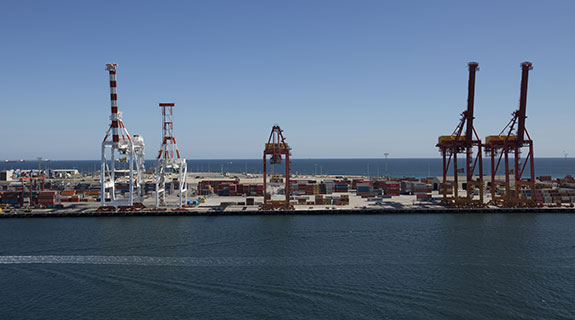 Treasurer Mike Nahan will embark on a regional pitch for the sale of Fremantle Ports, today revealing that the package could include a redevelopment of the passenger terminal, and a long term fund to pay for infrastructure at the future outer harbour.

That would add to the government’s existing commitment to recycle capital from the lease into a special built live export facility in Kwinana, at a price tag of up to $200 million.

See also: How a stalling port sale could hurt competitiveness

But the cost for the government will be minimal, with the passenger terminal redevelopment to be funded by the private sector and the outer harbour cash to be raised by the continuation of the existing port improvement charge.

Putting that money aside, about $11 per container, would have the additional benefit of reducing the government’s net debt position.

Dr Nahan’s comments to a Chamber of Commerce and Industry of WA business briefing today came just a few weeks after the National Party had promised to block a sale in the state parliament's upper house.

Responding to the Nationals' claim that the previous legislation left too much ambiguity on prices, he said that would now be enshrined in the enabling act legislation that would authorise the sale.

A regulatory regime would be in place to keep prices in check, although Dr Nahan said previous sales interstate had indicated prices would grow in line with inflation.

That was with the exception of one-off cases where a capital improvement charge had been levied, usually to comply with government-mandated investment.

Private port owners would want to increase throughput, something higher prices would discourage, consequently creating an incentive to improve efficiency.

Dr Nahan was steadfastly opposed to capping container movements at the existing terminal, however, saying an early move to an outer harbour development would cost the state’s economy billions.

That could potentially mean a drastic increase in prices for consumers and, furthermore, work at Rouse Head and improvements driven by modern technology indicated an overflow harbour would not be needed for up to 25 years.

Dr Nahan said the government would keep the portion of Victoria Quay west of the terminal separate from the port’s lease for other redevelopment opportunities, hoping to kickstart a revitalisation of Fremantle proper.

An improved passenger terminal would be a boon for tourism, he said, with the number of cruise ships visiting the state up from seven per year to roughly one a week.

Existing contracts for companies such as CBH Group would be maintained, Dr Nahan said, as would access managed through existing state agreements.

The federal government would have a right of veto of any sale for defence reasons, while navy vessels would continue to have right of way access.

With the sale of the Port of Melbourne authorised by parliament in Victoria, Fremantle Ports is the last capital city port in government hands.