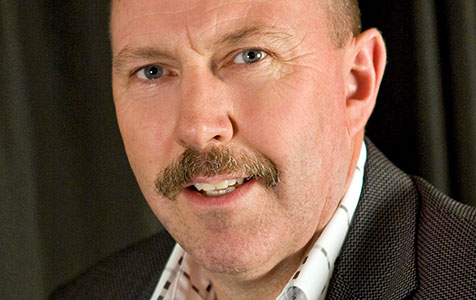 Innate plans to release a prospectus later this month.

Patersons corporate finance director Andrew McMillan approached Innate nine months ago when he learned the work it was doing to create the MIS416 drug, which treats late-stage multiple sclerosis, was causing a stir among the international medical community.

The company was established 13 years ago and has performed human trials for the MIS416 drug for the past five years.

It has independently raised $40 million to date, accumulating 1,770 shareholders, most of whom are middle to high-net worth private investors from New Zealand and the US.

Innate director and chief executive Simon Wilkinson said the average price paid by current shareholders was about 40 cents a share, valuing the company at $30 million.

“Right now we’re about 49 per cent Kiwi owned, 49 per cent American owned and we need to fix that so that we have about a third Kiwis, a third Australians and a third Americans,” he said.

“We’re in a position now where we want to get this drug into a larger patient population yesterday. The patients deserve it, our existing shareholders deserve it and this will be a potentially much faster way of getting that capital and continuing to build.”

Innate will sell shares in its IPO at 30 cents each, giving it a $46.5 million market cap and no need for new funds for the next two years.

“With the strong interest in these stories in the US, the Nasdaq has been performing very strongly in the biotech space,” Mr McMillan said.

“We feel that there’s likely to be a translation of that demand into the Australian market. There’s a general sense amongst the biotech community that that is happening now.”

Mr Wilkinson said the capital raising would go towards funding a $7 million Phase 2B trial, paying off about $5 million in debt, and the rest would be for working capital including applications for patents.

He said Australia was an attractive environment to raise capital, and expanding across the Tasman would also allow the company to access Australia’s research and development tax rebate.

Innate’s board is made up of chairman Michael Quinn, who is the co-founder and managing partner of Sydney-based venture capital firm Innovation Capital, Mr Wilkinson and US based directors Christopher Collins, who is a federal congressman and Andrew Sneddon, a former PwC partner.

The Phase 2B trial will be held in Australia and include about 100 patients. If the trial is successful Innate will pursue a final trial likely to include hundreds and up to thousands of international patients.

Mr Wilkinson said that, at the completion of a successful Phase2B trial, the company would be valued at more than $100 million.

At that point it would seek to partner with one of the big five pharmaceutical companies to pay for a final trial and jointly commercialise the drug.

Mr Wilkinson said the market for early stage MS drugs was currently $11 billion a year, and he estimated the market value for late-stage approved drugs could be at least $3 billion a year once products, including his, became approved and commercially available.