Kevin Rudd’s ‘tax breaks for the Territory’ plan has a strong similarity to a proposal by Gina Rinehart that was ridiculed by Labor. 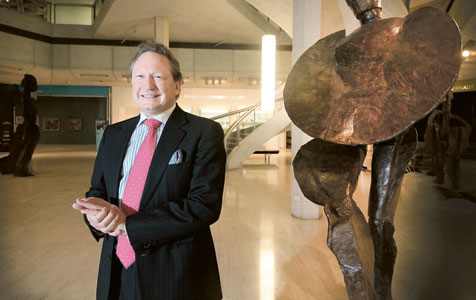 UNORIGINAL: The government’s latest ideas have been borrowed from Andrew Forrest and Gina Rinehart.

Kevin Rudd's 'tax breaks for the Territory' plan has a strong similarity to a proposal by Gina Rinehart that was ridiculed by Labor.

What most annoyed left-leaning politicians was the riches Mr Forrest and Mrs Rinehart had amassed, leading to a belief in the Labor Party that this wealth forfeited their right to make suggestions about what was best for Australia.

Mr Swan and Ms Gillard’s move to ridicule the two wealthy miners was unwise then, and it looks even more so today as their recycled successor, Kevin Rudd, borrows ideas originally promoted by Mr Forrest and Mrs Rinehart.

Tax breaks for northern development, which Mr Rudd floated across the election campaign trail last week, is the worst example of political hypocrisy seen in Australia for decades; not because it’s an old idea, but because its two most recent champions were ridiculed for saying the same thing.

Mrs Rinehart in particular must be wondering when she will get the credit from Mr Rudd for the tax break idea, which she has been promoting through a lobby group she founded called Australians for Northern Development and Economic Vision (Andev).

Mr Rudd, for political purposes, will never acknowledge the work of Andev (or Mrs Rinehart) because she remains unforgiven for daring to be rich.

But even if he will not give credit where it’s due, it is worth comparing his promises about tax breaks to encourage northern investment with the policies of Andev which include:

• the creation of a northern economic zone that will offer tax advantages to business;

• lower personal income tax or rebates for people living in the north; and

Andev goes further than Labor has with the tax break idea, but the principle is identical; and while Andev might has been dismissed by the federal government as a loopy extension of the extreme right, it seems that its ideas have become an element in Mr Rudd’s attempt to be re-elected.

Apart from borrowing the tax break policy without acknowledging that it comes from an organisation founded by a woman once scorned, there is another problem with the proposal – Treasury will never accept it.

Some time ago there was a tax rebate policy for people working north of the tropic of Capricorn, the 26th parallel that cuts across the country from just north of Carnarvon to Rockhampton in Queensland.

Treasury and the Australian Tax Office hated the policy because it was easy to defraud and created a serious distortion in the tax system.

Whoever wins the September 7 election will hear those same arguments from departmental heads and will find them hard to reject, if only because the public service will point out that administering a northern tax zone will require the creation of a new division in the tax office just as big cuts are demanded in the civil service.

Apart from the double standard of rubbishing Mrs Rinehart and then stealing her ideas, there is another ill-timed aspect to the business issues being debated in the current political campaign – and that’s the official line that the resources boom is over.

Mr Forrest, in particular, hates comments like that because he is charging ahead with a major expansion of the iron ore operations of Fortescue Metals Group and because there is mounting evidence that demand for commodities continues to rise, not fall.

Iron ore could prove to be an exception to what’s happening in global mineral markets because an over-supply situation does appear to be looming and could knock the iron ore price down from its recent high of $US140 a tonne.

Copper, however, is rising and that’s an extremely good sign for the entire commodity complex as it, and nickel, are always first movers in an economic cycle – up or down.

So, for Mr Rudd to claim the resources boom is over is either an attempt to curry favour with voters in the southern manufacturing states, who have grown jealous of the high wages in the west and north, or a convenient outbreak of ignorance for political purposes.

Whatever the preferred explanation the resources boom (or whatever you chose to call a period of strong commodity demand) is far from over and will not be over until Asia’s thirst for growth is satisfied – and that will be long after Mr Rudd (and Bystander) have left the stage.

PROPOSALS to encourage industry to move north make useful headlines in a political campaign, but an industry in far greater need of assistance is mainly in capital cities – the once-booming restaurant business is in dire straits.

Never an easy way to make a living because of the need to be open up to seven days a week when most of your customers only use your service for two or three days, the restaurant trade is buckling under additional pressures.

Competition has intensified significantly because of the low barriers to entry (everyone thinks they can cook) and because food has become the latest fad thanks to televised cooking shows. As for table service, well, that’s a long forgotten art.

Competition and intense promotion of food has unleashed another factor that annoys restaurant owners and customers – costs.

Perth in particular has become a worldwide talking point for its high food and beverage costs and poor service, leading to the early signs of a customer revolt that can be seen on a daily basis as people question why they’re paying $5 for a cup of coffee that takes a few cents to make, or $40 for a piece of salmon that costs less than $10 at Coles or Woolworths.

Taken as a total package the combination of costs, competition and bolshie customers is pointing to tough times in the restaurant business.

Mr Narev’s warning was that borrowers should be aware of what happens to their loan repayment obligations “when interest rates inevitably go up, which they will at some point in time”. Touché.