NRW has win over Samsung

NRW Holdings has had a legal win over Samsung C&T, with the Supreme Court upholding a $17 million adjudication in favour of the Perth-based contractor. 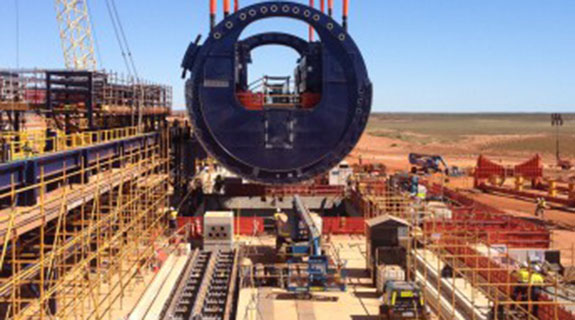 The Roy Hill iron ore project in the Pilbara.

NRW Holdings has had a legal win over Samsung C&T, with the Supreme Court upholding a $17 million adjudication in favour of the Perth-based contractor.

The Supreme Court is due to hand down a second ruling this week, also related to a dispute between NRW and Samsung over work performed on the Roy Hill iron ore project.

The NRW-Samsung dispute is one of several major commercial matters currently before the courts, involving disputes between contractors and their clients.

Samsung is involved in three of these matters, and had a notable win in July when the Supreme Court ruled in favour of the South Korean engineering giant.

In that case, Justice Mitchell ruled the adjudicator had misapplied the terms of the relevant construction contract when he awarded a $44 million claim in favour of Laing O’Rourke.

Samsung made similar claims in its legal dispute with NRW, which relates to construction of the 320-kilometre railway from the Roy Hill mine site to Port Hedland.

The estimated value of the sub-contracted works was $619 million.

Today’s ruling said Samsung has paid $559 million so far, and had issued progress certificates certifying work to the value of $585 million.

The dispute arose after NRW made further claims in April totalling $91 million.

When some of these claims were disputed, NRW went to adjudication and won rulings to the tune of $26 million and said further claims were pending.

Samsung sought to quash the adjudicator’s rulings but its case was dismissed today by Justice Mitchell.

Justice Mitchell ruled there was a valid payment dispute and NRW had lodged its claim in the accepted timeframe.

“The second issue raised by Samsung's judicial review application is whether the adjudicator committed jurisdictional error by determining the merits of the payment dispute other than by reference to the terms of the construction contract which were before him,” Justice Mitchell’s ruling said.

“I have concluded that the adjudicator did determine the merits of the dispute by reference to the terms of the construction contract, and so did not commit jurisdictional error on that ground.

“The third issue raised by Samsung's judicial review application is whether the adjudicator committed jurisdictional error by unreasonably construing provisions of the construction contract which relate to the construction of a light vehicle road and batter trimming.

“I have concluded that any such error was no more than a misconstruction of the construction contract, and was an error within the adjudicator's jurisdiction.”

“I have concluded that Samsung's claimed set offs do not provide a valid reason for refusing leave to enforce the Determination,” the ruling said.