States and territories have signed up to the federal government's proposed National Energy Guarantee today, and it will have a big impact on Western Australian industry despite the state not being part of the National Electricity Market. 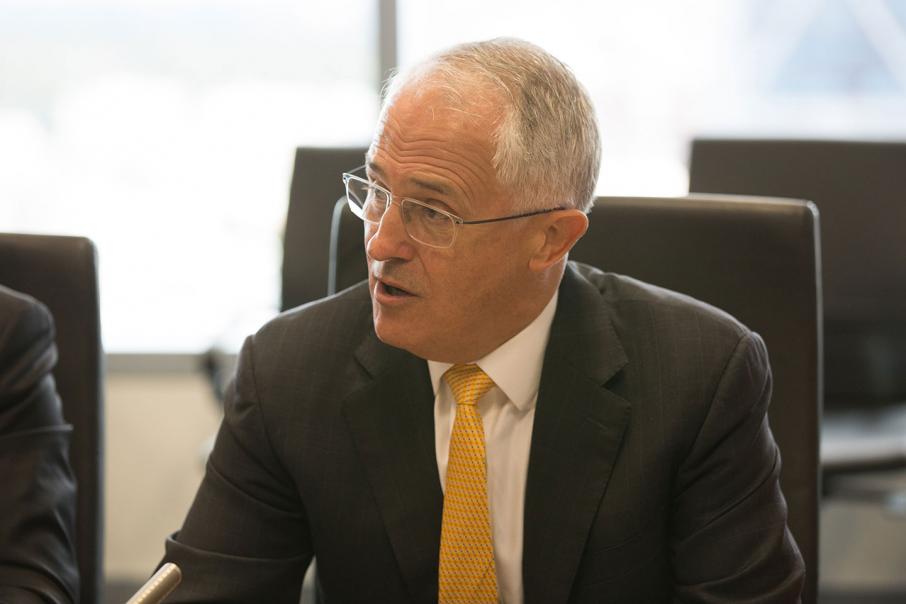 Governments around the world are having to balance competing demand in energy markets.

States and territories signed up to the federal government's proposed National Energy Guarantee today, and despite Western Australia not being covered in the National Electricity Market, the move is expected to have a big impact on industry in WA.

The NEG will now go to the federal coalition's party room on Tuesday for approval, after which legislation will need to be passed through parliaments, state and federal.

The federal government had been caught between competing calls for coal power subsidies and complaints that the NEG doesn’t go far enough to cut emissions, leading to an expectation that implementing the policy would be a tough ask.

A big barrier has been cleared through acceptance at a Council of Australian Governments meeting today.

The two guiding principles behind the NEG are that it will enshrine a requirement that power producers cut carbon dioxide emissions by 28 per cent on 2005 levels, while ensuring reliability by setting a standard for dispatchable power.

The 28 per cent target is in line with Australia’s commitment to the Paris Agreement.

But setting carbon reduction at that level on the east coast will have a flow-on effect for WA.

The most recent data from the federal Department of Environment and Energy shows WA is the only state to have increased emissions since 2005, with 82.2 million tonnes of CO2 produced in 2016, up 20.4 per cent.

Those numbers indicate WA will need to cut emissions by 40 per cent to reach the Paris target.

Locking in a 28 per cent target for the National Electricity Market, which covers the east coast states and South Australia, will lead to either of two possibilities.

One is that carbon emitting industries on the east coast aside from power generation, such as transport or agribusiness, will need to cut emissions by more than 28 per cent.

Alternately, WA will need to reduce emissions by 40 per cent from their current level in order to reach the target set against a 2005 baseline.

To illustrate the size of that problem, WA will be required to reduce carbon emissions by 33mt to meet the target, while the department’s numbers say total emissions across all electricity generation in WA was 25mt in 2016.

A further consideration will be the impact of LNG facilities that have come online since the 2016 data.

The biggest example is Chevron’s Gorgon, where the first of three trains started production in March 2016.

Gorgon will produce nearly 10mtpa of emissions, according to the Conservation Council of WA, but Chevron plans to reduce those emissions by about 40 per cent using sequestering through carbon storage.

WA Independent Power Association chairman Richard Harris said the implications of the NEG on WA still needed exploration.
“The WA IPA welcomes the prospect of policy certainty in the energy sector under the NEG, especially if it assists in Australia meeting its obligations under the 2016 Paris Agreement.

“However, it is still unclear how the NEG will operate in WA.

“We need to understand what the policy will do for new power developments in our state, impacts on power prices as well as direct and indirect jobs.

“The implications could be very significant and need to be understood before any final decisions should be made.

“Until we see ESB modelling specific to WA, we cannot be certain that the NEG won’t just drive up retail energy prices.

“At the last COAG meeting in April it was agreed that the Energy Security Board (ESB) would consult on the detailed design of the NEG with all jurisdictions, including WA, ahead of the COAG meeting scheduled today.

“In June, the ESB said that it would report today on how WA could participate in the NEG’s emissions requirement.

“To date we haven’t seen any indication that this crucial work has occurred, or how WA’s participation is to be guaranteed.

“We are seeking clarity on how WA is going to participate in the NEG’s emissions regime.

“If supported by the states and territories and both major parties, the NEG could be Australia’s dominant energy policy for years to come. Its design and implementation will inevitably have impacts on the WA energy sector.

“We have not seen a lot of detail regarding the mechanism, but if WA is no longer allowed to participate in an Australia-wide scheme, there could be a perverse incentive for WA renewable projects to shift to the east coast, which could have devastating impacts on our state.

“This would put upward pressure on WA power prices and could put almost $2 billion worth of WA-based renewable energy projects, and their associated direct and indirect jobs, at risk.

“We know that the WA Energy Minister Ben Wyatt and his staff have been attempting to have the WA implications considered as part of this debate and we are thankful to them for their efforts to date.”