Woodside has unveiled what its future workforce might look like, following the arrival of its new NASA designed robonaut. 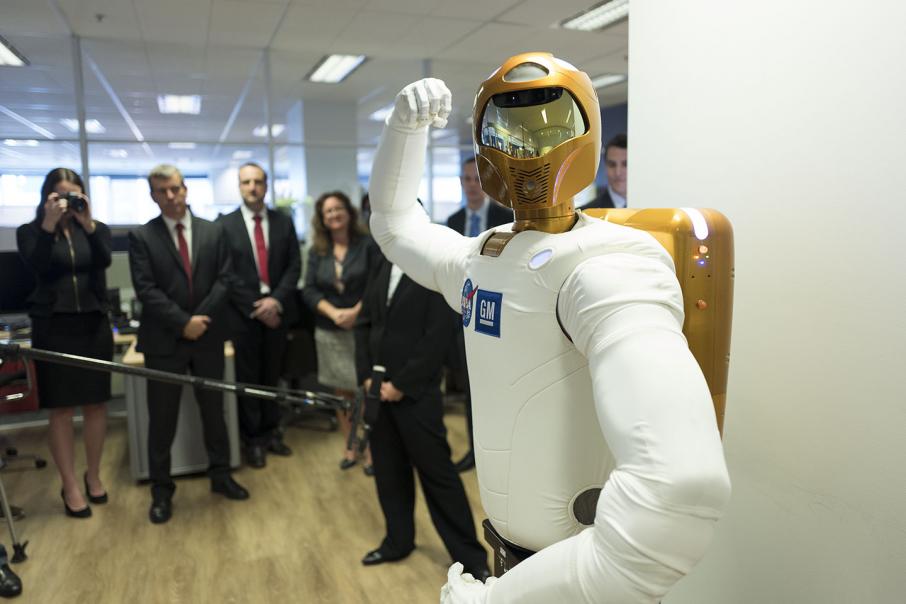 Woodside Petroleum has unveiled what its future workforce might look like, following the arrival of its new robonaut, designed by the National Aeronautics and Space Administration (Nasa).

The Anthropomorphic Robonaut System arrived in Perth last week and is on loan to Woodside under its partnership with Nasa, and will spend 60 months in Western Australia.

The humanoid robot, known as R2 C3, is the result of a program that started in Nasa in the 1990s and is the third design to come out of the administration’s ‘C series’, where engineers have been working on developing machines that can help humans work in space.

Nasa’s robonauts are already being used for simple, repetitive or dangerous tasks in places such as the International Space Station, and Woodside is hopeful it can do the same across its own operations, including unmanned facilities. 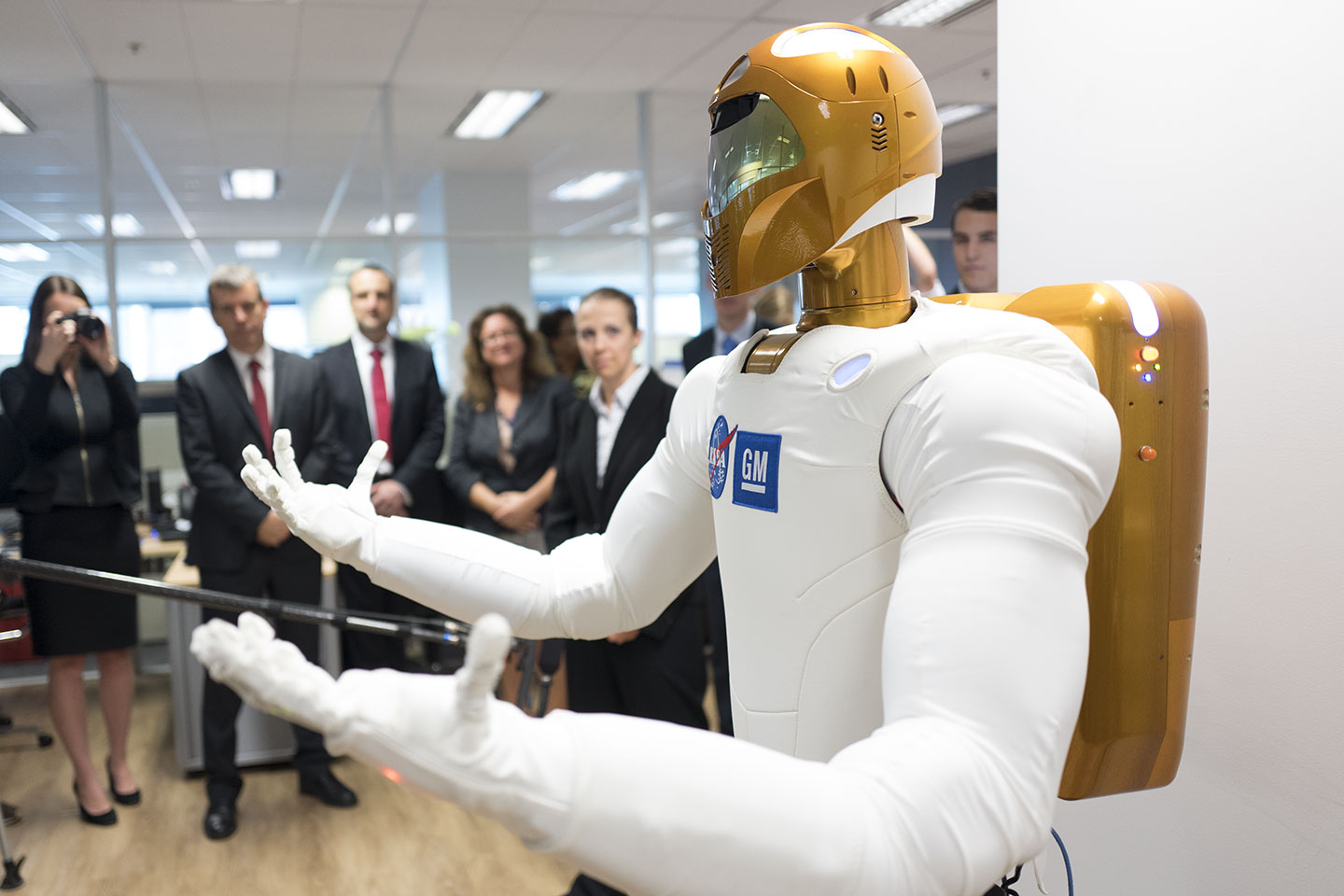 R2 uses cameras and sensors to determine spatial awareness as well as how much force it needs to pick up an object.

During R2’s stay in Perth, both organisations will explore how the robotic technology can be used to improve safety, reliability and efficiency at the oil and gas company’s high-risk and remote environments.

Speaking at the official unveiling of R2 this morning, Woodside chief technology officer Shaun Gregory said ideas included performing high-risk tasks such as high-voltage switching, as a first responder to alarms on unmanned platforms (such as Pluto Riser), or spoken work instruction to complement written manuals and procedures.

“We are looking for ways we can use robotics to reduce risk for our workforce and help us perform a wide range of tasks that complement activities carried out by our people,” he said.

“We believe innovation and collaboration can lead to solving some of our industry’s largest and most complex challenges and contribute to safe, efficient and reliable operations for our business.”

Mr Gregory said Woodside staff had spent the past three weeks at Nasa’s Johnston Centre in Houston, Texas, for training on how to program R2.

While in Houston, the team was able to teach R2 how to isolate a high-voltage electrical switch, which it was able to demonstrate to guests at today’s event, in addition to shaking hands. 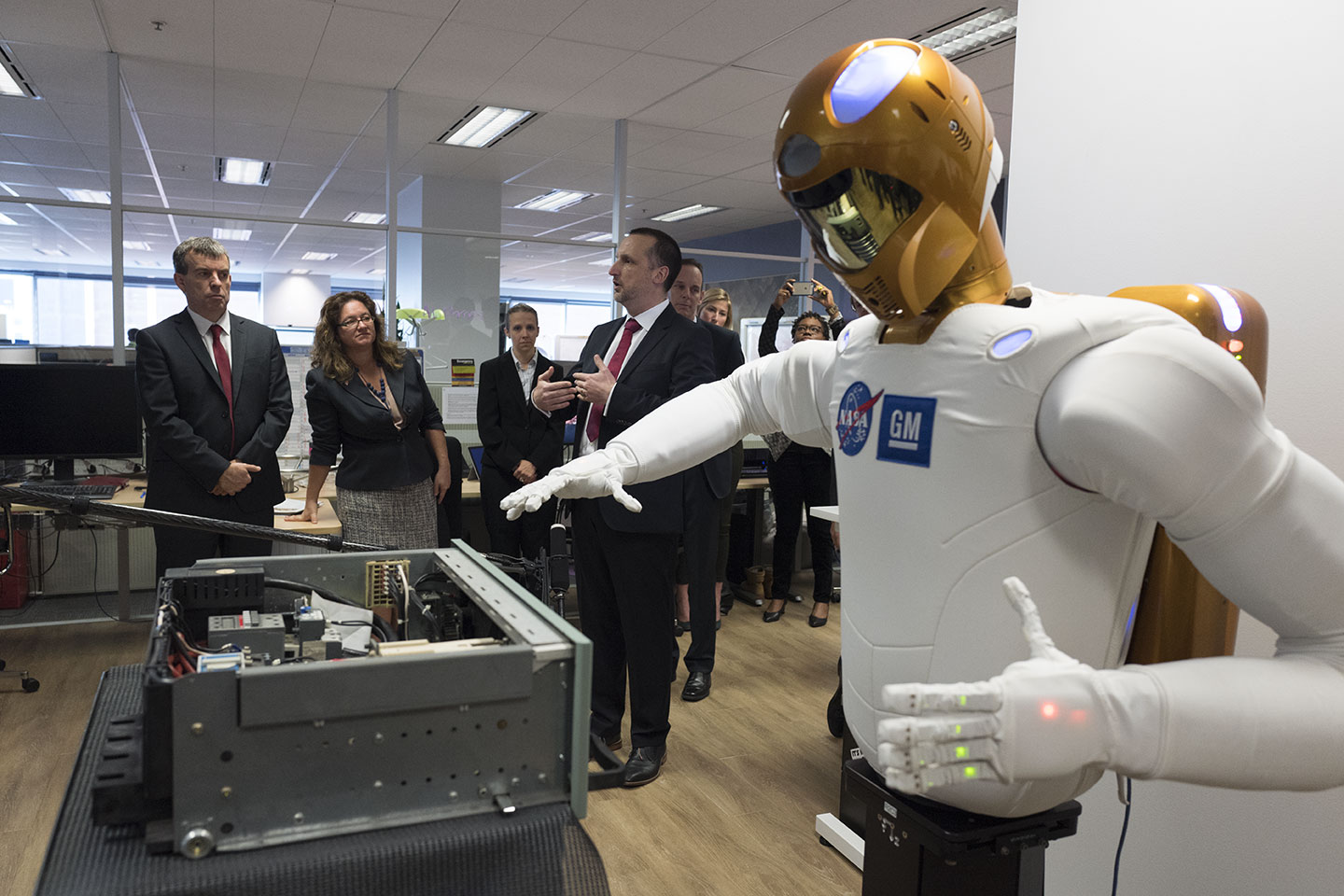 R2 starts to demontsrate its approach to isolating a high voltage electrical switch.

“For us the end case is asset utilisation - how do we keep maintenance and the plant running at its optimum state 24-7, 365 days a year?” Mr Gregory said.

“(We can) use robotic platform sensor technology to detect look for errors in the plant well before they become an issue.

“We have unmanned facilities our Pluto Riser platform and if anything goes wrong we get people on a helicopter to land there sometimes to just turn a valve … that’s the use case a robot could take care of.”

While R2 has a human-like torso and head, it has no legs.

“For going around a gas plant you probably want something on wheels,” Mr Gregory said.

“We will look to deploy some sort of prototype into the field, that won’t be the robonaut, before the end of the year - we’ll teach through the robonaut the ‘use case’, there’s a different technology that almost exactly simulates the arm and we’ll put that in the arm.

Mr Gregory said the technology would be trialled in Karratha in early stages of the project.

“It’s easier for us to get to and oversee its development,” he said.

“This new partnership with Nasa is an exciting opportunity to accelerate Woodside’s cognitive science program which, together with our work in advanced data analytics, is helping us leverage the deep expertise of our people and pass knowledge from one generation to the next.” 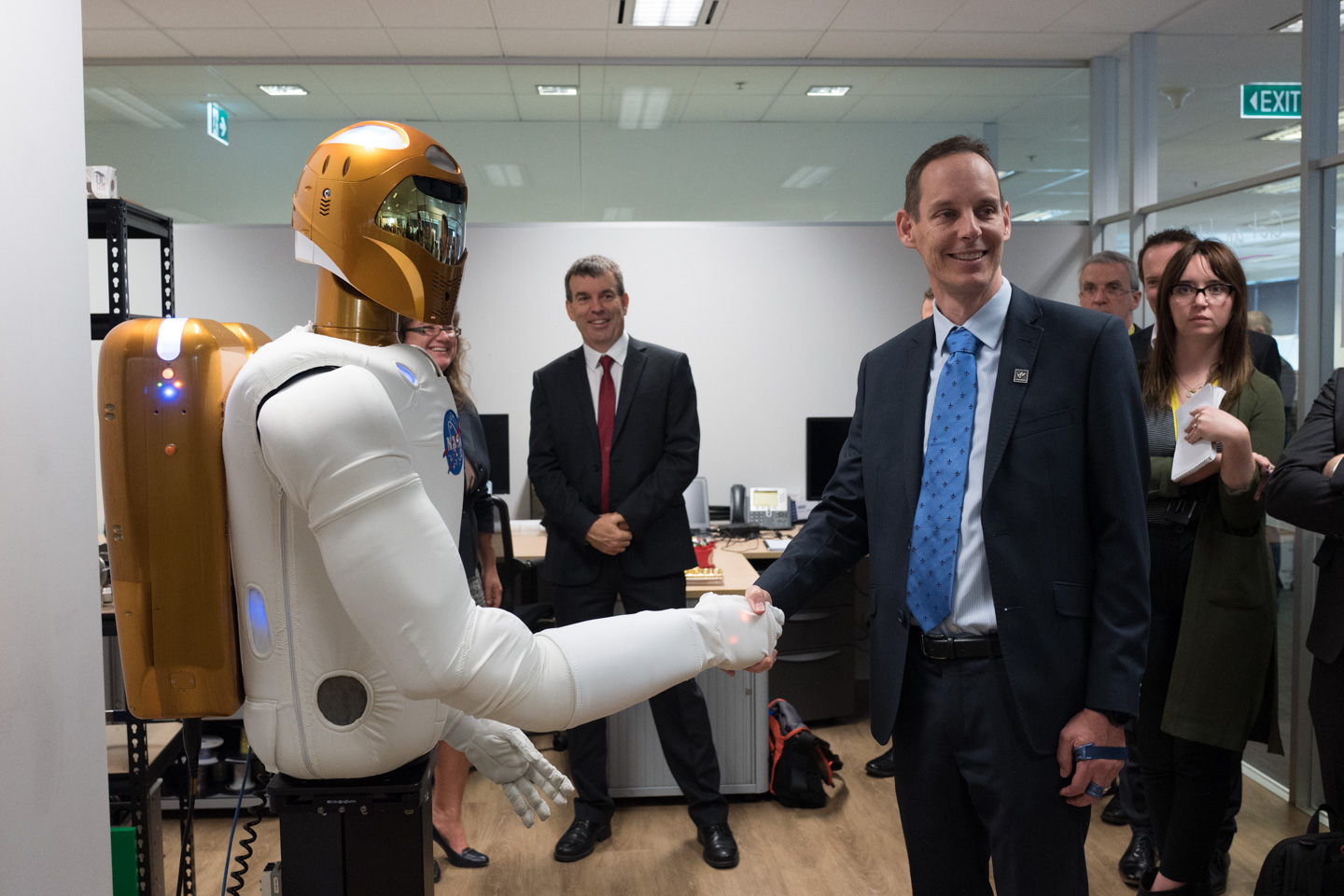