The new WA Museum will open on Saturday November 21, with a nine-day festival to celebrate the attraction. 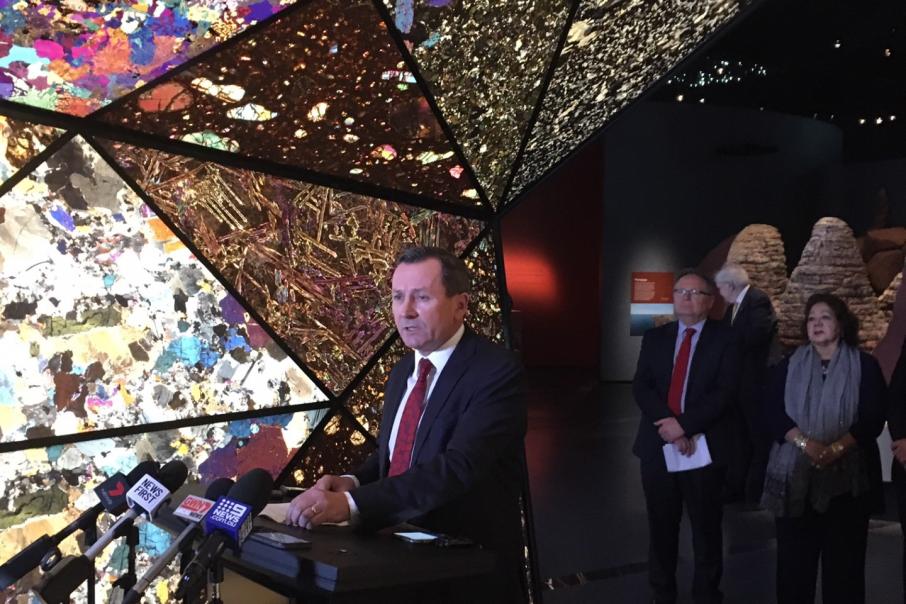 Mark McGowan says the new museum will be a cultural tourism sensation.

The new WA Museum will open on Saturday November 21, with a nine-day festival to celebrate the attraction.

The $400 million redevelopment, built by managing contractor Multiplex and was designed by architect consortium Hassell + OMA, has been under construction since January 2018.

The stories and perspectives of Aboriginal and Torres Strait Islander peoples are woven throughout the museum, and one of the eight permanent galleries, Ngalang Koort Boodja Wirn, is dedicated to sharing traditional and contemporary Aboriginal culture.

Before the official opening in November, people can enter a ballot to take preview tours of the museum.

Tickets to the opening festival will be on sale later this year and entry to the museum will be free for the first 18 months.

Premier Mark McGowan said the new museum would be a cultural tourism sensation.

"The $400 million redevelopment of the site is one of the most significant cultural infrastructure projects undertaken anywhere in the world this century,” Mr McGowan said.

"By the time the Museum opens, it will have created 3,000 jobs, and helped keep Western Australians employed during the global pandemic.

"Importantly, underpinning every visitor experience is the latest scientific and cultural research, connecting with State and National Curriculum priorities and promoting Science, Technology, Engineering, Arts and Mathematics, or STEAM, learning across all ages."

Culture and the Arts and Heritage Minister David Templeman said the museum had been developed with a ‘people first’ approach.

“More than 50,000 people around the state have shared their thoughts about the stories, objects and experiences they want to see here,” Mr Templeman said.

"As minister for heritage as well as culture and the arts, I am truly delighted that our spectacular new Western Australian Museum has evolved from the same buildings it has occupied for nearly 130 years.

"The stunning reimagining of these significant heritage buildings has breathed new life into the Perth Cultural Centre and will once again position the Western Australian Museum at the very heart of its community."

The news comes days after the Art Gallery of WA announced construction would start on its rooftop project Elevate, which features a 500-capacity venue and open-air sculpture park.

The project is expected to be completed by January 2021.