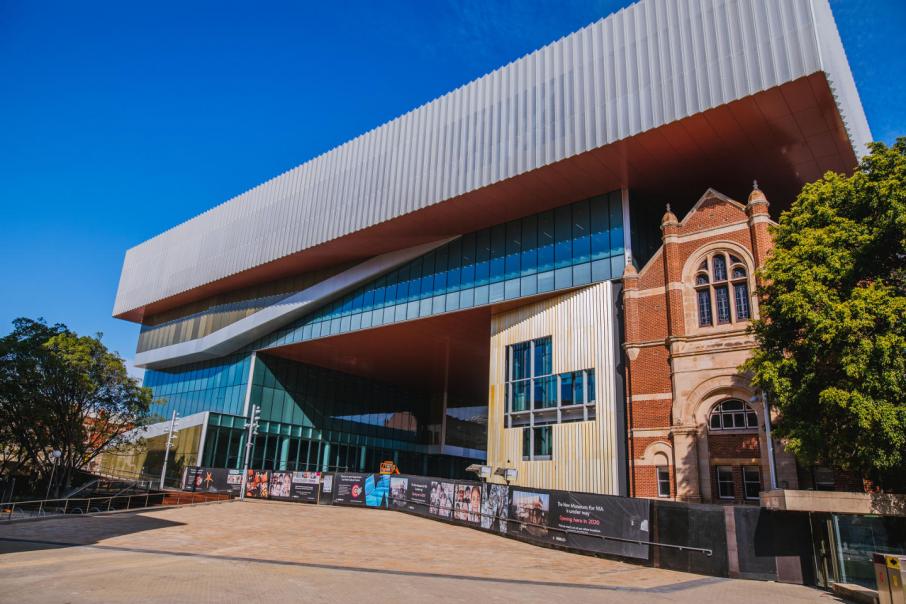 WA’s new museum is likely to be a game-changer for the state’s cultural institutions. Photo: Monica Cugnier

Western Australia will have a new cutting-edge facility by the end of 2020 to celebrate the anthropological, zoological, cultural and archaeological history of the state.

It has been a long time coming. The new museum has been more than a decade in planning, with the facility it is replacing much too small to display the more than 8 million artifacts and exhibits in the state government’s collection.

Designed by architecture groups HASSELL and OMA and being built by Multiplex, the $430 million project will be almost four times larger than the old museum, comprising 6,000 square metres of galleries and 1,000sqm of special exhibition space.

Project designers have engaged with more than 45,000 people during the museum’s development, seeking to leverage off personal cultural experience as much as WA’s natural environment.

Exhibitions are set to include WA’s iconic blue whale skeleton, a Continuous Cultures gallery which will be a hub for Aboriginal and Torres Strait Islander stories, and an Innovations gallery which will include a replica of the famous Greek sculpture Parthenon Frieze.

“Much is expected of public museums in the 21st century and there is stiff competition for attention,” Western Australian Museum board of trustees chair Alan Robson said in the organisation’s annual report.

“In order to deliver world class experiences, it is vital we take an entrepreneurial approach.

“This means aligning our skills with the best of business, engaging in some creative thinking, and deploying technology in new and innovative ways to ensure that we deliver value to visitors, while exposing them to the multitudes of wonder, delight and possibilities that exist in the world.”

Organisations collaborating with WA Museum include arts and disability group DADAA, the Autism Association of WA, AWESOME Arts, and the Office of Multicultural Interests.

Ink Strategy director Carla Chatzopolous said the impact of the new museum could not be underestimated, as an anchor for the cultural centre and a destination in its own right.

“So many of the vibrancy aspirations that we have for Perth as a city as a whole comes down to us having the world-class infrastructure that we need to be able to form partnerships, attract the kind of world-class exhibitions which will bring tourists to our state,” Ms Chatzopolous told Business News.

“I think it’s got a huge potential impact in terms of our whole cultural tourism offer, and really in some ways it’s bringing us up to speed with the calibre of infrastructure on the east coast and internationally.”

The Rechabite director Marcus Canning said he believed the new museum would provide Perth the opportunity to become one of the great cultural capitals of South-East Asia.

“We’ve got all the ingredients and potential, we just need to keep bold as well as sensible strategies moving with momentum,” he said.

“With the new museum coming on line in 2020, now’s the time to give other cultural institutions in the area a turbo boost and get further precinct development rolling with conviction.

“This should include not only the Perth Cultural Centre but also the Link, Yagan Square and the broader Northbridge entertainment precinct.

“We need to ensure our arts and entertainment and hospitality scenes are pumping with life and innovation to both fuel this attraction and be fuelled by growing populations and visitors.”