Byrnecut subsidiary Murray Engineering has expanded interstate with the acquisition of electrical and mechanical engineering business SRO Group for an undisclosed sum. 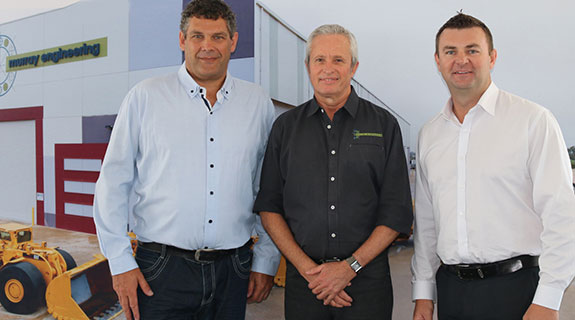 Byrnecut subsidiary Murray Engineering has expanded its interstate presence with the acquisition of electrical and mechanical engineering business SRO Group for an undisclosed sum.

Murray’s acquisition of Newcastle-headquartered SRO will create a business with annual revenues of $75 million, and over 230 employees in Australia and China.

Business News understands Murray generates about $50 million in revenue from its operations, which include a 5.5-hectare complex at its Pinjarra headquarters and service centres in Kalgoorlie and Mt Isa.

SRO has a 7,500 square metre operations base in Newcastle and a manufacturing facility in China.

Under the terms of the agreement, SRO management will remain unchanged with managing director Troy Culley at the helm, but will report to Murray managing director Craig Lindsay-Rae (who has also been named a director of SRO).

Mr Lindsay-Rae said the acquisition was a union of two like-minded companies that would deliver strategic benefits for its employees and its combined customer base.

“SRO's expertise and professionalism provides Murray Engineering with electrical and mechanical opportunities on the eastern seaboard and enables a national support capability for the combined range of products and services from SRO and Murray,” he said.

“Our new business creates an expanded national mechanical and electrical engineering offering to the Australian resource sector at a time when the industry  demands efficiency and is driven by cost-effectiveness.”

Mr Culley said the consolidation would allow the group to provide strategic and sometimes unique services, manufacturing and execution options around core products and will position the group as the leading manufacturer of electrical products and services across Australia.

“Murray Engineering’s focus on client service delivery aligns well with SRO Group’s philosophy of adopting the highest standards in dealing with our clients,” he said.

Its parent company, Byrnecut, is one of Australia's top underground mining contractors with annual revenue of about $900 million.