AUDITOR General Colin Murphy has called on the WA Department of Health to improve the way it buys services from non-government and not-for-profit organisations, following an audit of the department's purchasing practices. 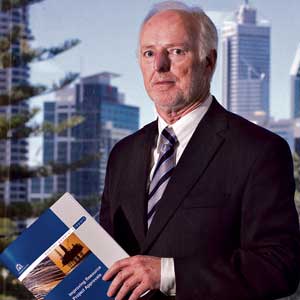 LIFT NEEDED: Colin Murphy has called on the WA Department of Health to improve its purchasing of services from not-for -profit organisations

AUDITOR General Colin Murphy has called on the WA Department of Health to improve the way it buys services from non-government and not-for-profit organisations, following an audit of the department's purchasing practices.

Results of Mr Murphy's examination, tabled in parliament this month, reveal that while DoH made significant improvements since the last audit in 2003, its funding arrangements were still riddled with inconsistencies and inefficient practices.

In acquiring these services, DoH must comply with a 2002 policy on Funding and Purchasing Community Services, which aims to promote flexibility and innovation to better meet community needs while maintaining appropriate levels of transparency, accountability and value for money.

However, in his examination, Mr Murphy found 75 per cent of DoH funding arrangements were "historical" and renewed following a previously established arrangement, with 86 per cent of these renewals occurring without an evaluation of the provider against pre-determined preferred service provider criteria.

"We found only two [health department] funding areas that had structured their arrangements to reflect increased risks associated with particular providers of types of service," Mr Murphy said.

DoH has been considering replacing the system since 2006.

Mr Murphy found there was a consistent lack of evidence of due diligence assessments being undertaken by DoH prior to entering into agreements.

He said such assessments were important for DoH to address concerns such as capacity to deliver and quality of service.

The audit found that 24 per cent of financial and service reports were not lodged by providers of services or were lodged more than two months late and in nearly 30 per cent of reports lodged it was not clear what level of review had been undertaken by the contract manager.

Among others, Mr Murphy recommended an overhaul of the electronic contract management and monitoring tool to assist contract managers in their day-to-day duties. He called for public authorities to review service provider performance and service outcomes against original targets, to improve the next round of service identification and funding agreements.

Mr Murphy acknowledged that many of the weaknesses identified in 2003 had been incorporated by DoH into its Contract Management Business Rules, however some issues identified then were yet to be fully addressed.

The DoH said it would take Mr Murphy's recommendations on board.

"The Department of Health has made significant progress to improve governance of contracting with non-government organisations," a spokesperson said.

"The recommendations of the Office of the Auditor General will be implemented to ensure that processes are further improved."