Murdoch University will wear the cost of exempting students who enrol in an undergraduate degree this year from increased fees as the federal government plans a 20 per cent funding cut in 2016. 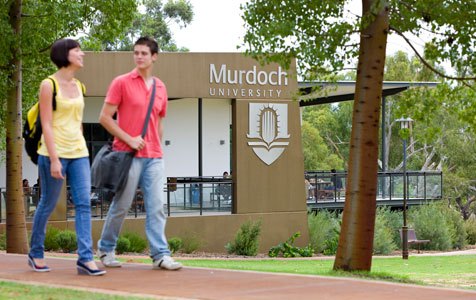 Murdoch University will wear the cost of exempting students who enrol in an undergraduate degree this year from increased fees as the federal government plans a 20 per cent funding cut in 2016.

The government confirmed plans to cut public funding of university course fees from 2016 in this month’s budget, with the new fee regime affecting all new students accepting an offer from May 14 this year – just one day after the budget was handed down.

Course fees will also be deregulated from 2016, giving universities the freedom to substantially increase student contributions to cover the cost of the government funding cuts.

However Murdoch today announced it will absorb the cost of lower contributions from students who enrol in a bachelor degree this year, saying the decision would ease concern and bring certainty to the university’s mid-year undergaduate intake.

Murdoch vice-chancellor Richard Higgott said the move meant no student who commenced a bachelor degree at Murdoch in 2014 would be worse off.

“If we had not taken this decision, there would have been a disproportionate impact on the cohort of students considering mid-year entry and that was something we were determined to avoid,” he said.

“Failure to act would have adversely affected the high proportion of mature age learners and returners to education who are typically represented in this cohort at Murdoch.

However Professor Higgott warned that the university would be forced to “re-assess elements of its operations in order to identify where savings can be made to cover these costs”.

Murdoch’s decision not to increase fees for students commencing this year follows similar resolutions by Deakin University and Victoria University this week.

UWA has recently argued public universities should have the option of charging full fees for selected courses to ensure an even playing field against private competitors.