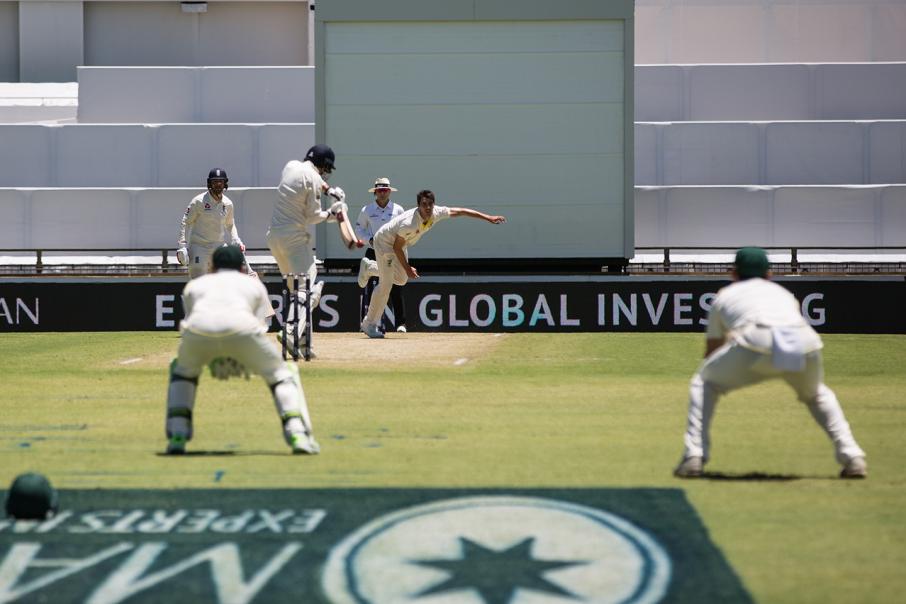 Action at the WACA during the recent Ashes series. Photo: Attila Csaszar

Murdoch and the WACA have had a relationship since 2011, when sports science researchers from the university started working with the cricketers to improve performance.

Murdoch has worked with players from those teams to help them fine tune batting actions.

As part of the deal, Murdoch will make major upgrades to its sporting facilities.

It will also offer research and scholarship opportunities and work placements.

“We will use micro-sensors to examine the loading on players during rotational and impact movements,” he said.

“For example, micro-sensors will be used to measure distance covered and impact loading during bowling, as well as change of direction performance when running between the wickets.”

Other research includes how batsmen read bowlers cues, using special glasses to block out vision while the ball is in flight.

They then need to predict flight based on the bowler's action.

WACA chief executive Christina Matthews said a further part of the partnership would be supporting leadership progression for women.

"We're also really delighted that we have the WACA and its teams on our campus, it is very big for us to get involved in our communities, one of our big goals," she said.